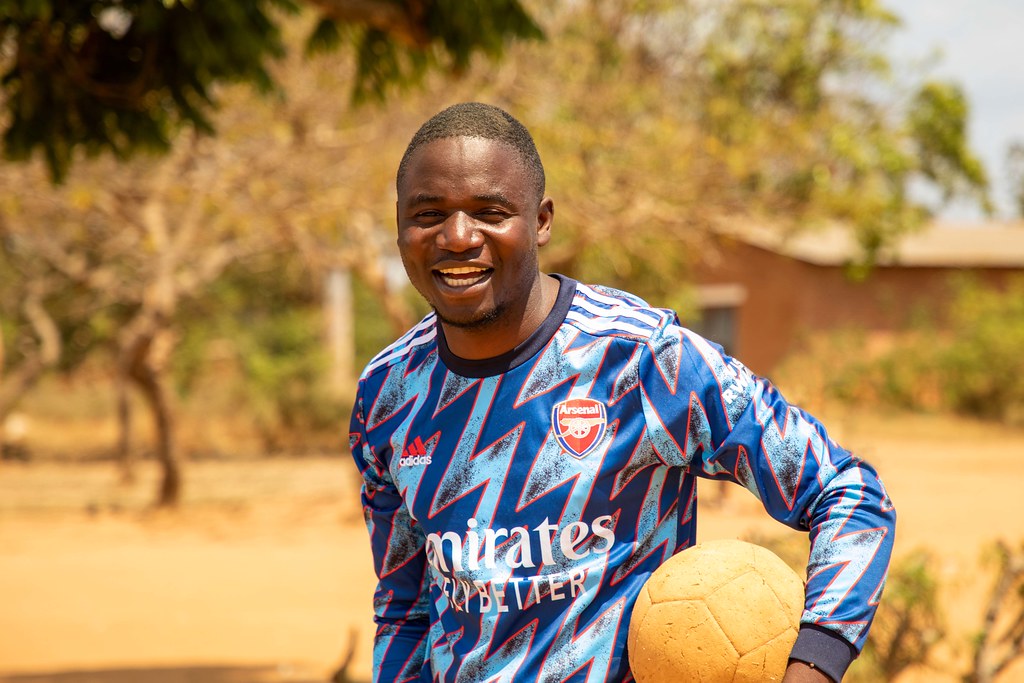 For years, the sight of Chinkwita would spark fear in the community of Mitundi town, just outside Malawi’s capital, Lilongwe.  As a local gang leader, he was a notorious thief who used to terrorise and injure people with his panga (machete).

Blade in hand, he reflects: “When I was living the life of the flesh, I used to use this knife to get the things I wanted.  I used to use it to make people afraid.”

Surrounded by negative influences as a child, Chinkwita began smoking, drinking and stealing from a young age.  Looking back on his childhood, he longed to have positive role models who would guide him in the right way.

While mostly hanging out at the local bar with friends, he would also sometimes retreat to the community ground to watch football matches.  On one such day, Chinkwita heard Sports Friends coach Loyde sharing from Paul’s writing to the Corinthian church.

It struck Chinkwita to the core.  God was speaking about him.  He listened on as the Scripture was read.

“But you were washed, you were sanctified, you were justified in the name of the Lord Jesus Christ and by the Spirit of our God.” (1 Cor. 6:11)

Right there, Chinkwita made a decision to surrender his life to Christ.

Walking side by side with coach Loyde, Chinkwita began to be transformed.  As they met daily, he learned about the Bible, started attending church, and helped to lead football training and Bible studies.  People were initially hesitant to accept him into the community, but his testimony was so striking it was impossible to deny.

For the first time in his life, Chinkwita felt truly accepted and loved.  He felt he had a purpose, and started sharing the gospel with old friends. Some cursed him, but others accepted the good news of Jesus.

God is using all kinds of people to grow his kingdom...even a thief like Chinkwita.

In the same way Jesus took fishermen and made them fishers of men, He is using Chinkwita – once a thief, now a Sports Friends coach – to catch thieves, snatching people from darkness into light.

• Give thanks for Chinkwita’s testimony, and for how God is using the powerful platform of sports to share His message of hope with young people, their families, and their communities.

• Pray for God’s wisdom and protection as we expand the ministry into areas of Malawi that are least reached with the gospel.

• Pray that God would raise up more workers to join our small team in Malawi. The harvest is plentiful, but the labourers are few!​​​​​​​

To find out more about Sports Friends, have a look at their website at https://sports-friends.org/