By Tianna Haas and Peter Ong | Malawi in Southern Africa 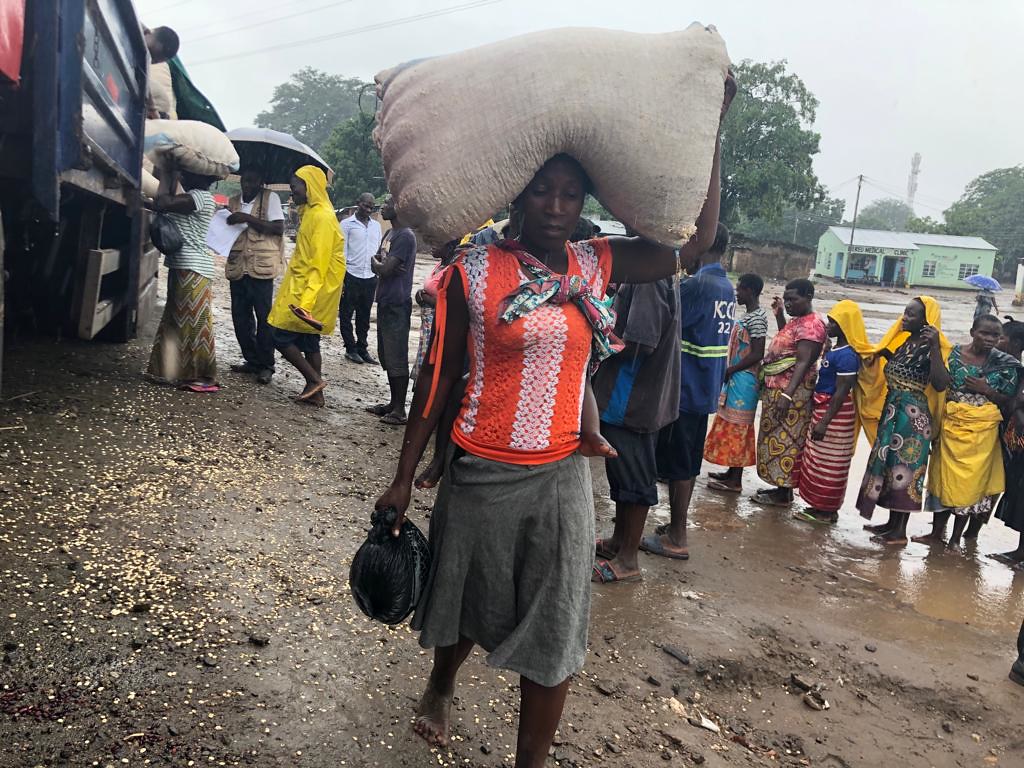 In late January, Cyclone Ana devasted southern Malawi and left approximately 90 relief camps throughout the region. In partnership with the Evangelical Association of Malawi (EAM) and Africa Evangelical Church (AEC), SIM is working to care for survivors who’ve long been battered by disaster.

SIM Malawi director Peter Ong says, “Year after year, many people experience loss of homes and crops due to severe tropical storms, and these don’t make the news headlines. Pray that we can bring hope to many living in these camps as we work with our Christian partners on the ground to demonstrate the love of Christ by providing relief.”

EAM completed the first delivery of maize, flour, and beans to the Biasi relief camp on Friday, 18 February. Of the 340 displaced households, 150 completely lost their homes and the other 190 reported flood damage to their houses.

Peter says, “Some of the greatest needs are for food, temporary shelter, clean water, good sanitary facilities for the relief camps, basic household items (like cooking pots, plastic plates, and cups). There is also a need for mosquito nets, as it is malaria season at the moment.”

During delivery, torrential rain due to another cyclone, Cyclone Dumako, prevented direct access to the camp by truck. The supplies had to be unloaded along the main road for the beneficiaries to collect.

“One was a mother who started labour as the floodwaters entered her house. People had to quickly get tables for her to lie on. As she gave birth, others rescued her belongings,” shares Peter.

There has been generosity of available resources from diverse sources in the Biasi community, including a local mosque which has opened their space as housing. Another food distribution is planned for this week to a different camp, Nyamphota, where water levels remain high and more than 200 households have settled in.

Like the Biasi camp and others affected by the onslaught of cyclones, eagerness to help in dire moments – “looking to the interest of others” (Phil. 2:4) – offers a refuge in the middle of wreckage. If you can contribute and feel led to partner with us in this response, use project number 096759 through our donation page.

• Pray the flood-affected communities will find hope in Christ in the midst of the trauma and loss.

• Pray for the particularly vulnerable in southern Malawi, including pregnant and nursing mothers, children, blind people, and others with physical challenges. The floods have made life even harder for those who already encounter difficulties.

• Pray that roads can be restored since the floods severely impacted many and even washed away some sections. Pray for those attempting to reach isolated communities with supplies in these conditions.