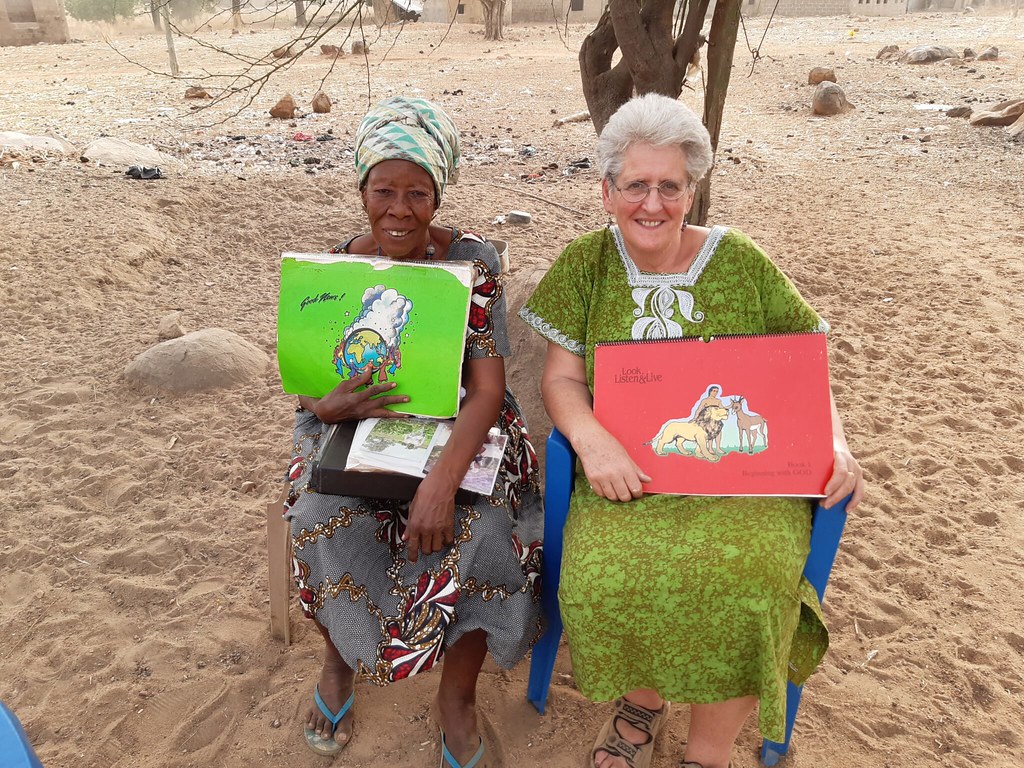 SIM Ghana worker Pam with DInah outside her house in Chiana with picture books she uses to teach children Bible stories in local schools. 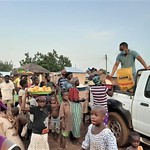 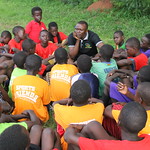