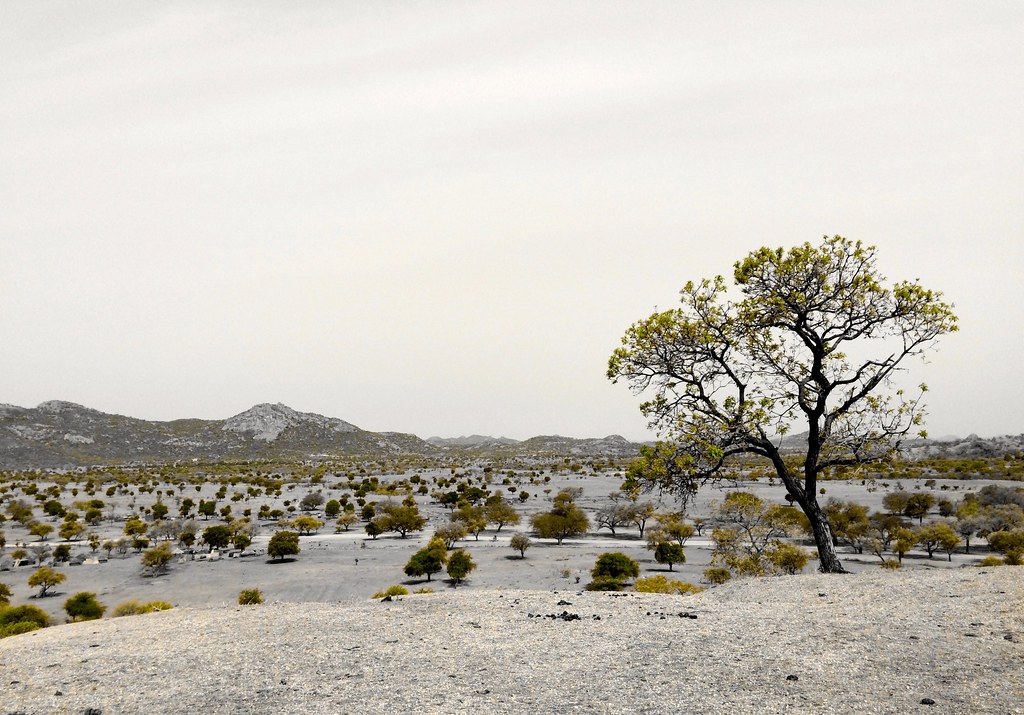 Luke and Laura appear on the computer screen for our Zoom call, a toddler smiling toothily from Laura’s lap. Their other three children play in the background. It is a picture of domestic bliss that seems relatively ordinary. In many ways, Luke and Laura are just that - ordinary. They worry about the kids. They miss their friends from past seasons. But because of God’s anointing on their lives, their story is actually quite remarkable.

It begins in the 1940s and ‘50s with Luke’s grandparents. They served in Nigeria as missionaries with SIM, and their legacy is alive and well today. Luke’s parents continued in missions, raising Luke in Libya and Ethiopia. After going to college, Luke was faced with a decision.

“I asked the Lord to confirm whether I should do missions, or if it was just [appealing] because my parents were missionaries and I love Africa,” he shares. “God [led] me to Niger because I wanted to go somewhere different than my parents with a different language and a tougher environment. I wanted to see if it was just a pipe dream, or if the Lord really leading me to long-term missions.”

Meanwhile, Laura was on the other side of the world. She grew up in Australia and, at the age of 18, took a gap year. She traveled throughout the South Pacific and ended up volunteering at a church. It was during this time that Laura felt the Lord calling her to long-term missions. She chose to pursue nursing at university, understanding that a medical background would be useful in missions. God put remote, underserved areas on her heart, and eventually, Laura relocated to Niger for a one-year term with SIM Australia.

In Niger, Luke met Laura. They married and then worked together at a hospital for leprosy before moving to the US. What followed was several years of preparation. They got more experience in nursing, and Luke trained to become a physician’s assistant Soon, children came along. But the plan was never to stay Stateside. They were yearning to return to Africa. Only this time, they wanted to prioritise making disciples. “When we were at the leprosy hospital in Niger, we were extremely busy just treating patients,” Laura explains. “I didn’t have time to learn the language better, and I also didn’t have the chance to talk to the women like I was hoping to.

“We really wanted to go deeper. One time a woman said, ‘There’s something different about you, what do you have, what is it?’ I told her, ‘I have Jesus,’ but I didn’t really have the language to explain what that meant. I was so frustrated. I said if we ever go back, I want to have the time to talk to women about the things that really matter.”

God heard this desire and fulfilled it through Faithful Witness, an initiative seeking to place teams of multi-cultural and multi-skilled workers in communities where there is virtually no Christian witness. When Luke and Laura contacted SIM about returning to Africa, they expressed their willingness to build relationships with Muslims in remote areas. Simultaneously, Faithful Witness was assembling SIM’s first team designated for making disciples in Chad. Luke and Laura committed.

For the past two years, they have lived in four different countries while raising support. Most recently, they spent a year in France to learn the language. Luke, Laura and their kids finally arrived in Chad a few months ago. Now, they are doing their best to acclimate. Luke’s been searching for a vehicle and more permanent housing in their rural village. Laura is preparing to homeschool.

So far, the children are showing tremendous resilience. Luke says, “They find it a little emotionally draining. Wherever we go, they’ll be missing somebody. So, we’re trying to focus on making home wherever we are as a family. That gives some stability and security for them. This was the case for me growing up as a missionary kid as well.”

Laura adds: “We’ve heard that if mum and dad are doing well together, that’s the kids’ security and comfort, which was encouraging. Because you do think, man, these poor kids are being dragged all over the place. But they do have each other, and that helps.”

Luke and Laura admit that new beginnings present new struggles. Yet they eagerly look forward to fellowship with their Chadian neighbors. Luke and Laura are creating space for Jesus’ love to flourish, just like Luke’s grandparents did all those years ago, and just like the next generation of their family can in the years to come.

• Luke and Laura will be living in a one-bedroom house until they can find something larger for their family. Pray for patience and provision as they search for the right space.

• The Faithful Witness team in Chad is multicultural and still fairly new. Pray that a spirit of unity surrounds the team as they bond and serve alongside one another.

• Pray that God places a helper in Luke and Laura’s lives during the language learning process. They would like to learn from a non-believer and develop a relationship.