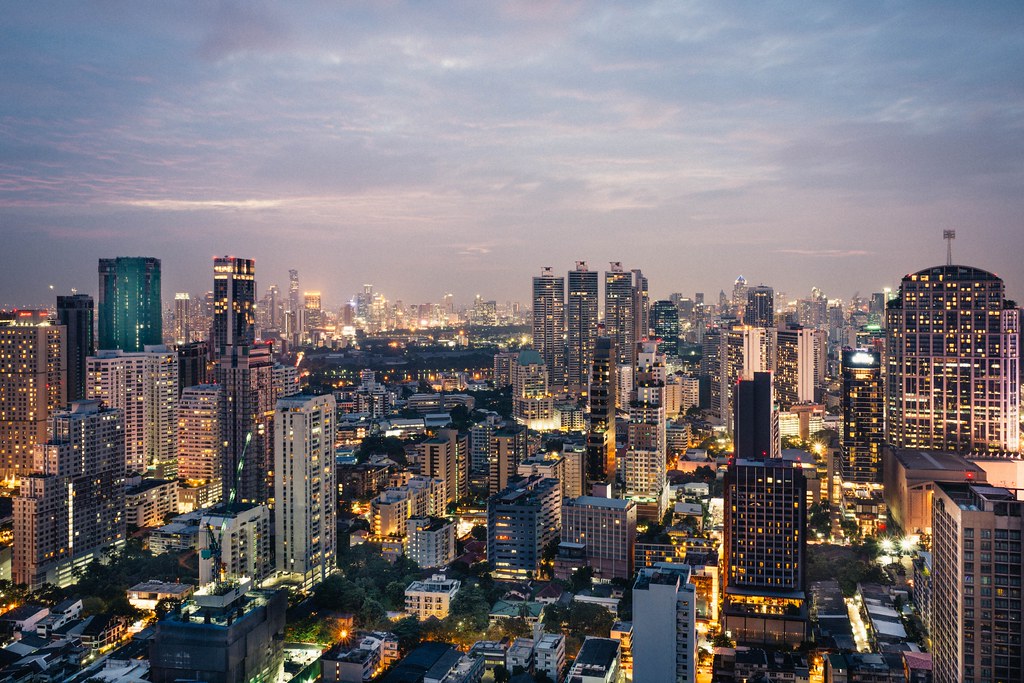 Photo by Andreas Brücker on Unsplash

“Wherever you are, kids are kids,” Coach Si says of what it’s like reaching out to young people in the city. But that only goes so far. “It’s hard to develop relationships with kids here.”

Coach Si is a pastor at a small church in Bangkok doing outreach through English classes and football. There is an entirely different set of rules and unique challenges to doing ministry – any kind of ministry – in a city, especially one like Bangkok, the capital and most populous city of Thailand.

Bangkok is the undisputed metropolis of Thailand with an estimated population of 9 million, but with a total of 14 million people living in the greater metropolitan area (many of whom commute into the city for work; the numbers are difficult to track). The city is crammed with tall buildings that reach for the sky, Buddhist temples that glitter in the tropical sun, and streets clogged with cars, taxis, tuk tuks, and buses. There is dizzying wealth side by side with bleak poverty.

The people are unique, too – their attitudes and values are unlike the rest of Thailand. Bangkok is a global city with more Western influence than other parts of Thailand. The kids are also vulnerable to drinking and using drugs, Coach Si says. It’s hard not to get discouraged when the kids don’t show up on Saturdays for English class or football because there’s something else out there in the city for them to amuse themselves with.

“I have to change the way I think here and what I think the kids would like, because they have so many more choices here,” he says. “And they follow their friends because their parents don’t have much time.

“Lots of my friends who are pastors are tired – it’s hard doing ministry here. Many of them have left,” Coach Si says. “One of my friends who was a pastor just moved to Chiang Mai to be a teacher because it’s easier.”

“If I make connections with new churches in Chiang Mai or Chiang Rai or other places, I feel close with them easily,” says PbeeMai, one of Sports Friends’ coordinators who is based in Bangkok and shares the same view as Coach Si. “It takes a long time to make connections in Bangkok. It’s hard to follow up and reach out to the kids.”

Other parts of Thailand are not “easier” per se but, broadly speaking, ministries in other parts of Thailand – particularly the north – are much more established. This reflects Christianity in Thailand as a whole: only about one percent of the population is Christian (compared to the majority 93% that are Buddhist), and most of the little Christianity in Thailand is clustered in the northern regions.

Sports Friends in particular has been working in northern Thailand, in places like Chiang Mai and Chiang Rai, for the past nine years. As such, the networks of coaches, churches, and communities have had much more time to be nurtured and developed, and are much stronger than in Bangkok, where Sports Friends’ ministry is just beginning. Stepping into ministry in northern Thailand is cushioned by a more established team and years of relationship-building; stepping into the same ministry in Bangkok, which is still in its pioneering stage, is a whole different prospect.

Starting from scratch takes time, and time is a scarce commodity in Bangkok. Anyone who has been to Bangkok will tell you that the traffic is one of the city's defining – and worst – features. Days are planned around travel time - it can take up to one hour to drive just a few blocks - and nearly everyone who has something to complain about the city will lament first about the traffic.

"It takes so long to get from one place to another. I have to plan ahead much more and it’s a lot of mental energy,” PbeeMai says. His job of following up with coaches and churches, he says, is not as simple as just hopping in a car and going.

“People don’t have much time here,” Coach Si says, explaining how after all the time it takes to get to and from places like work and school, Bangkokians are often too weary and drained to do much else.

And in a city of millions with so many readily available distractions, there is still room for isolation and loneliness.

“There are people everywhere but it’s harder to connect. Sometimes it’s discouraging and lonely,” PbeeMai says. “I have to really rely on God more.”

Both PbeeMai and Coach Si, like many others in Bangkok who come for work or school, hail from other parts of Thailand, and being in a city this size takes a toll - even after living here for years.

Coach Si is frank about the difficulties of pushing forward in this place. “Sometimes I wish God would send me back to another province because it’s hard for me to do ministry here. In other places, if I tell people about Jesus, they want to follow and they’re willing to listen. Here, that’s not how it is.”

These are some of the realities of ministry: things don’t go according to expectation or desire, often it feels like there is a lot of planting seeds but no fruit, and loneliness and discouragement can sink in. But perhaps it’s not about how things are or are not; but about rejoicing regardless and being faithful to what God has set before us.

Coach Si says he is encouraged by Sports Friends’ partnership; spending time together and receiving training and follow-up visits from Sports Friends staff. Knowing there are people praying for his ministry helps him feel less isolated. In the end, Coach Si brings it back to the heart of what the ministry is about: reaching young people with the gospel.

“When I see kids even just show up, that’s encouraging to me,” Coach Si says. “When I see the kids enjoying themselves it helps me want to stick with it – I thank God that I can work with them and serve them.”