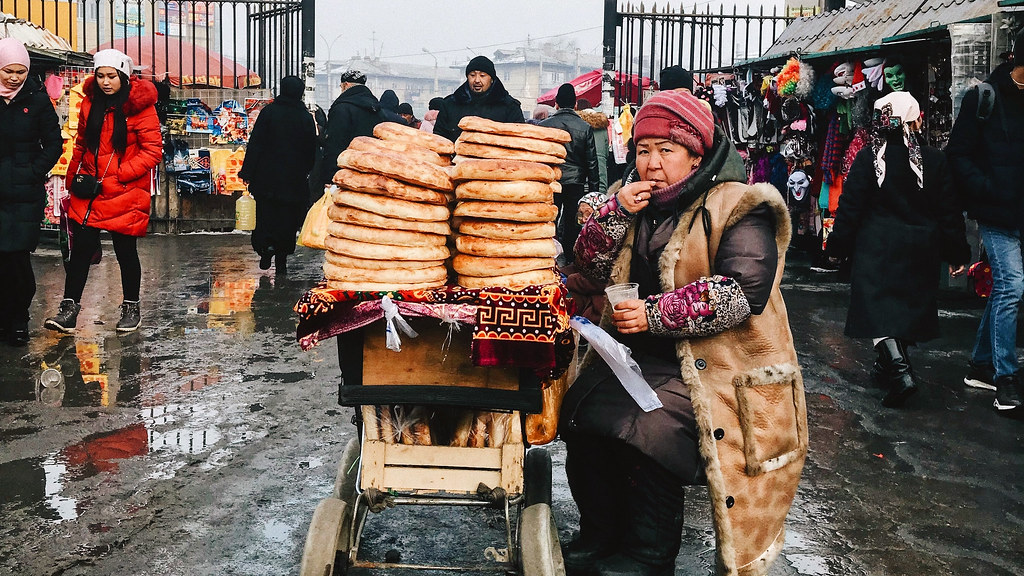 A young woman in a Central Asian city is leading a pioneering ministry into the rural hinterland of her nation.

Esther* heads up a team of about seven or eight people drawn from her church and others. They travel to villages outside the city several times a year. They also connect weekly with some of the people they meet.

They are either invited in by one of the few local Christians, or use other connections to take the first step. Once there, they help by teaching people English and other skills, and also talk to people about the saving grace of Jesus Christ.

In what are generally very poor areas, they serve families, the disabled and other needy groups.

Like all of Central Asia, the majority faith is growing fast in her country but Esther, who has been a Christian from childhood and is now an SIM associate, fully understands just how much the local people need the good news of Jesus Christ. She said: “I really want to help people spiritually and socially. We need to bring social and economic change to our country, dealing with things like not having clean water to drink, illiteracy and the proper way families should work, but we also need to share the gospel with them. All of these social problems can be helped by coming to faith in Jesus, which also has eternal impact.”

Esther, who is in her early 30s, is very involved in her local church, which is registered with the government and at least tolerated by local people. But she has noticed the growth of a more fervent Islam in her community and is determined to play her part in turning that tide.

She is a gifted evangelist and says she cannot live without God. He is, she says, the very air that she breathes.

That passion was ignited at a young age, when she began going to church with her sister, after her family moved into the city from the country. She loved the sense of community, of joy and of fun, which was very different to her family life. While her parents did the best they could, it was not easy living in a poor community where alcohol abuse was common and prostitutes were on the streets.

It was at church she first met mission workers and at the age of 15, just before she spent a year in the US on a scholarship programme, she understood that God was real.

But it would be another eight years before she fully submitted her life to him.

She said: “Until then, I was like a selfish baby, just accepting all the good things the church could give me but not understanding what the gospel meant.

“When I understood that I said: ‘I am ready to give everything I have for the Kingdom of God.’ It all made sense to me.”

Esther, who speaks fluent English and Russian, went to college, where she shared the gospel with those who were searching. After graduating, she got a good job as a project coordinator in an oil and gas company.

Her path has not always been smooth. She once stepped away from the church, thinking that her relationship with Christ and the Bible would be enough.

But God soon showed her just how much she needed the church family if she was to grow in her faith and become more mature as a Christian.

Then, as she took on more roles in the church, she began to realise that if she wanted to serve God better, she would need to have more training

That was when she resigned from her job and signed up for a two-year mission theology course at the Kazan Bible School in Russia, which is one of the very few Bible schools in Central Asia and takes students from across the region, equipping them to serve as pastors, evangelists or mission workers.

Since returning home from college, Esther has worked tirelessly in her church in a range of ministries, helping with youth work and leading a home group.

But she is convinced her calling is to take the gospel into the more rural parts of her country.

That is where she is now focused and, with the support of other local churches, her team is doing all it can to share the good news with people who have never heard of Jesus Christ.

• For the local church in Central Asia, that it would grow and flourish, despite the opposition of some

• For more global workers to be raised up for the work in Central Asia, especially those who are willing to learn from the local church members

If you would like to know more about mission work in central Asia email centralasisaregionaldirector.