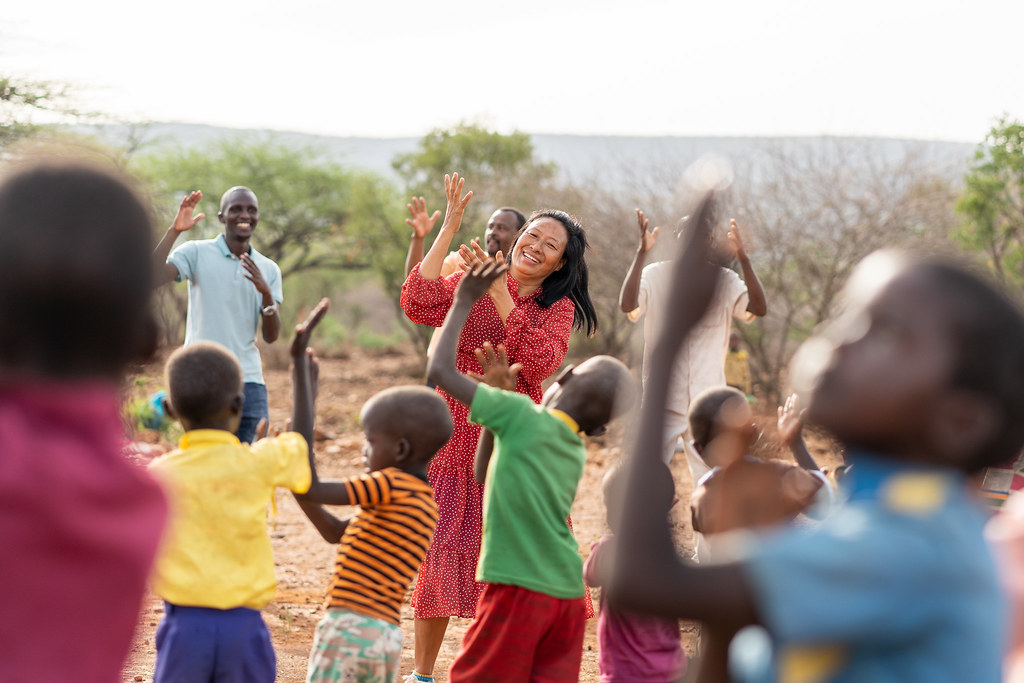 East Pokot is a good six-hour drive from the capital of Kenya, Nairobi. After turning off the tarmac on to the dirt road, the local police offer an escort to see you safely to your destination. The people of East Pokot are pastoralists who depend on the income generated from livestock. Conflicts around cross-tribal raiding of livestock are not uncommon.

There are not many people like Peny in East Pokot. As Adrian, a fellow SIM worker  who visited her recently, said, “She’s one in a billion.” Peny comes from north east India and lives out among the people of East Pokot. Her house is a grass-roofed hut, just like the ones in the community. Though she has a stove-top gas cooker, she also cooks outside on a charcoal fire like everyone else. There’s no water and no electricity and the climate is scorching: just as it is for everyone else. When she lays down for the night, any solar lights she has are switched off so as not to invite thieves. At times, she cries at night wondering why God would have her out there.

If the physical challenges were not enough, it also took a long time for her to be accepted in the community. There are very few foreigners in the region and people are not used to seeing them. But God has given Peny a heart for these people. In particular, God has led her to the children. She bought a car, but it seems she did that more for the sound system that came with it than to get around. She parks her car, opens the doors wide and plays Pokot music loudly so the children can enjoy a bit of fun and dance. She dances with them and shares God’s word.

In the mornings, she’s up early, before the rising heat becomes unbearable. By 7am she’s headed out the door to teach the children at the church-run school. When she’s done, she’s off walking again. She gathers with the children under the blazing sun and dances. No sooner are we done, than she is walking yet again to visit the community.

When Adrian visited, it was all he could do to keep up with Peny’s pace in the searing heat.  His only relief at the end of the day was the open-air shower, from where he could gaze at the stars unimpeded by city lights. Looking up he could hear the engines of the big international flights taking passengers to Europe and beyond.

Adrian said, “When it was nighttime and the stars were above and there was a plane flying over, I thought, ‘There’s a lady down here in the darkness. She’s spending her life down here serving God. She’s going to dance until she’s gone.’”

You’d imagine God might call a rugged person to serve in a tough environment like this. You’d think God would transplant a tough, prickly cactus strong enough to endure the hardships. But it seems he sometimes calls a flower from north east India who will come and dance her days away.

Everyone else’s feet are killing them, but somehow God has given her the strength to keep on dancing.

- That the children would hear and accept the good news in East Pokot.

- For the Lord to continue to give strength to Peny and churches involved in work there.

- For those serving in the churches there to be malleable tools for the Lord.