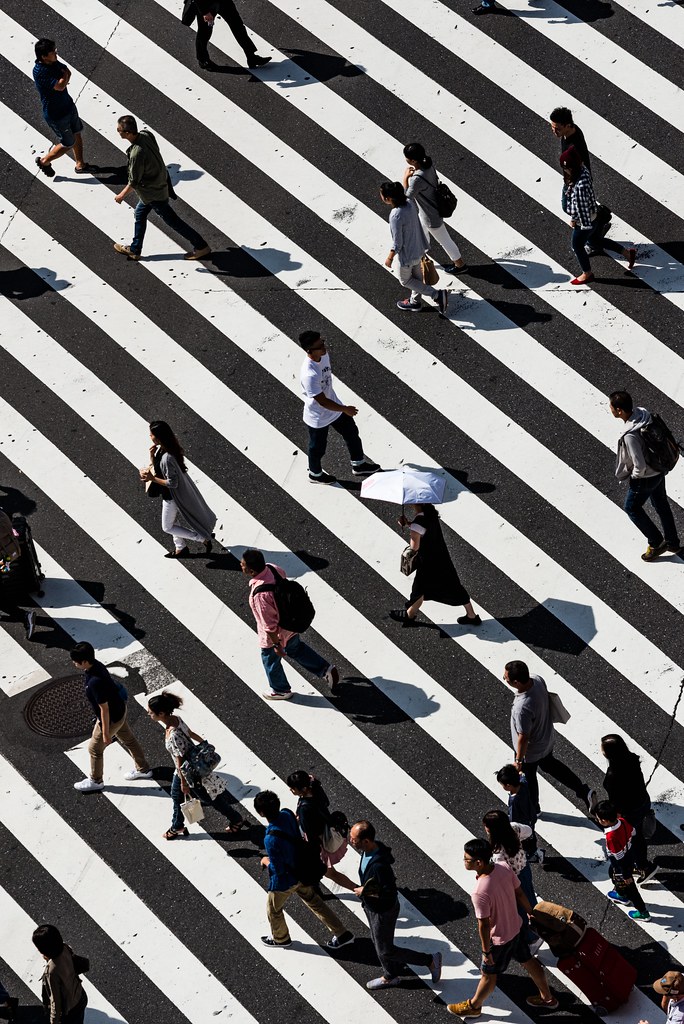 One morning in his home country of Japan, Hikari* was meditating on Matthew 21, which tells the story of Jesus’ arrival in Jerusalem. Suddenly, he heard God say, “The Lord has chosen you to send the presence of King Jesus to a place with many kings.”

Three years later, Hikari arrived in Asia with his wife, their five children, and a desire to make Christ known through business as mission. They are the forerunners for SIM’s Faithful Witness initiative – the first to join the team in this unreached part of the world.

In their “creative access” region, where the Christian church is scattered and a different major religion is dominant, it is critical for mission workers to have a means of forming relationships that is not associated with ministry. To this end, Will* – SIM’s point person for Business as Mission – is helping Hikari launch an IT recruitment firm.

His start-up in Asia is Faithful Witness’ first foray into business as mission. Will has been a valuable support for Hikari – making connections with professionals and helping him source capital.

Will explains, “First, I find out what’s in a mission worker’s heart. Then, I like to ask the question, ‘What is in your hand?’ I want to learn what gifts and strengths you have, and how those connect with the needs of your community.”

Hikari has a deep understanding of his country’s customs and is the perfect resource for local companies seeking to do business with Japan. Will says, “Japan has a huge technology industry, but they also have a sharp decline in their population. There’s a very small labour pool, so there’s a major need for workers, which is driving Hikari’s project.”

Japanese firms are creating a business hub where Hikari now lives, which gives him a great opportunity to build relationships and a client base in the local community. Of course, start-ups do require significant upfront investment. Faithful Witness contributed roughly $39,000 to Hikari’s organisation, but initial costs vary by business and region.

Will shares: “Most of our businesses are small and may be able to raise the money they need to get started just from individual donors. If the project is larger, entrepreneurs may need to seek out capital from groups in the missional business environment that invest for kingdom purposes. We often see a mixture of both.”

There is a clear need for consistent financial support to make these sustainable operations. The call to give is just as pressing as the call to go. “In business as mission, we have a quadruple bottom line,” says Will.

“We want to make a spiritual impact and bring transformation to the community, but sometimes, that doesn’t happen for a while. Prior to that, we want to bring social impact by providing jobs and introducing a product or service that adds value to the market. We don’t want to come in and be competitive or drive other businesses away. Next, there’s environmental impact, and then finally, we want to see financial impact.

“If the business isn’t viable, you won’t be able to stay in the country, and therefore you lose the ability to do ministry. But when a business is profitable, it becomes part of your testimony. It’s how you build trust in the community with other business leaders and people.”

Will and his wife recently visited Hikari’s family and spent a day with them discussing business plans. Will says, “We got a sense of what Hikari is doing, where he lives, and what his family dynamics are. That’s when we really began to cultivate the recruiting idea and steered Hikari in that direction. It made more sense based on his skillsets and answered that question of, ‘What’s in your hand?’”

While Hikari does not have an extensive corporate background, he does know what it means to be without Christ. Growing up in Japan, where less than one percent of people believe the gospel, Hikari was ashamed of his family’s Christian faith, especially because his father was a pastor. As a teen, Hikari denied Jesus in front of his Buddhist and atheist friends.

At 14, he turned to rock music for solace and became the singer in a band. He quit high school and pursued a sinful lifestyle. “I was far away from the Lord,” Hikari says. “I thought I would never come back to church because I hated it. I was distracted and empty, pursuing everything the world had to offer. But when I was 20, I started to meet many troubles.”

A friend was drinking and driving and crashed Hikari’s car. Next, someone beat Hikari severely. Then, Hikari was caught shoplifting. He was fired from his job and his girlfriend left.

He says, “I got paranoia and couldn’t lead a normal life. I was afraid. As I thought this through, I started to cry and asked the Lord to help me. I already felt like my life was hell because of all my sin, so I cried out, ‘Lord, save me! Please walk with me.’”

God met Hikari in his despair and restored his heart, ultimately leading Hikari to his wife. During their 16 years of marriage, they have prayed faithfully for opportunities to do full-time mission work.

Now, they are at the centre of an exciting business model surrounded by nonbelievers in need of Christ’s love. As the Faithful Witness team in Asia grows, the potential impact of Hikari’s “quadruple bottom line” grows, too. His start-up is a model for SIM workers in other creative-access countries.

Although Business as Mission is still a newer concept for SIM, Will is encouraged by conversations with colleagues and other sending entities.

“This is a lot of new ground,” he says, “and we’re all learning as we go. This deviates from the traditional style of mission work, so it is a paradigm shift for workers who have been in the field for many years. We’re helping them along, viewing businesses as just another tool in our toolbox to reach places where Christ is least known.”

“Jesus humbled himself and rode a small donkey. He chose the smallness. And, in comparison to other Faithful Witness teams, we are small, too. We also feel weak – having issues with language, building relationships, raising five children. But we keep asking God to use us to make the King of Kings known.”

Hikari is uniquely positioned to share the gospel in his new community and his native land. In God’s economy, this would be a powerful return on investment, indeed.

-As Will says, “No one individual has every skill needed to run a business.” Pray for people with diverse backgrounds and strong business acumen to join the Faithful Witness team in Asia.

-Ask God to give Hikari favour as he meets business leaders and makes corporate connections in Japan.

-Pray for protection as Christians continue to face persecution in this part of Asia.