It took a team to care for Nestor 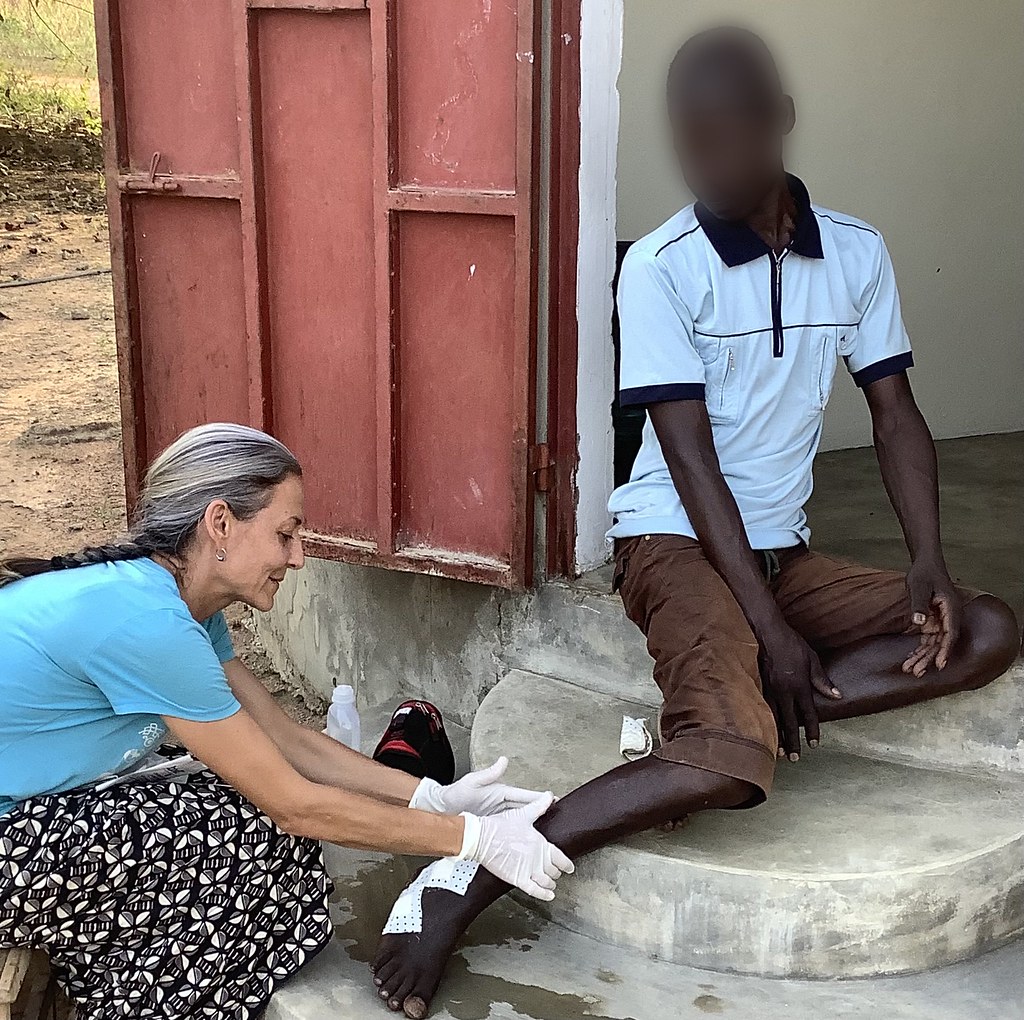 Nestor* arrived at the Alafia clinic, after testing positive for HIV. He began on antiretroviral therapy to treat his HIV.

Nestor clearly enjoyed talking with our evangelist, Pascal, and spent many hours in his office. At his follow up appointment, he gave his life to Christ.

When Nestor missed his next appointment, we called many times with no response. Almost a month later he answered Pascal’s call and said that he was very ill. He explained how we could find him, saying that he had been too weak to pick up his phone.

Nestor had no family or friends willing to care for him. His landlord had previously gone to the police to say that his tenant was dying and needed help. Their response was to just let him die. Thankfully the landlord had continued to feed and care for Nestor but was noticeably relieved when we arrived. He had given Nestor a small room with no door, beside a building construction site. There was a man outside, literally waiting for Nestor to die so that he could take his possessions.

Nestor had numerous infections to his right leg that had become septic. Moving his leg even slightly caused him extreme pain.

After giving him the pain killers we had with us and gently wrapping the infections with pads, we carried him to the SIM vehicle to transport him back to the hospital in Bembéréké. 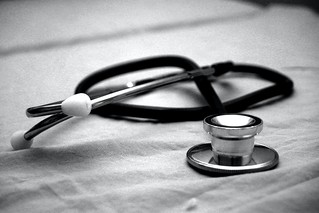 One of our Alafia volunteers cared for Nestor for close to two months during his hospital stay. She brought him his meals, helped with his basic needs, and went to the pharmacy for his medications. She went above and beyond what was expected of a volunteer as she was also in the middle of harvesting her crops.

Clinic staff had crutches made by a local carpenter when Nestor was discharged from the hospital. With the help of another volunteer and clinic staff he now receives dressing changes every two to four days.

The evangelist often comes with us on home visits to study the Bible with him. Nestor is eager to learn more about Christ and is thankful for our visits. He has begun to put weight on his affected leg and his wounds are healing slowly but surely. He is starting to gain back the 10kg he lost since the infections began.

It is not often that we have a patient completely dependent on us for many months with no help from friends or family. It was encouraging to see how so many were willing to help Nestor get back on his feet. Alafia staff, our volunteers, SIM workers, and other patients on his ward worked together to help him in his time of need.

...and what is really special? This is just one of many examples of Christ’s love in action. It is a privilege to be part of what God is doing through the ministries of the Alafia Clinic.

-For SIM workers who are sharing the gospel in Benin, that they would be both bold and wise