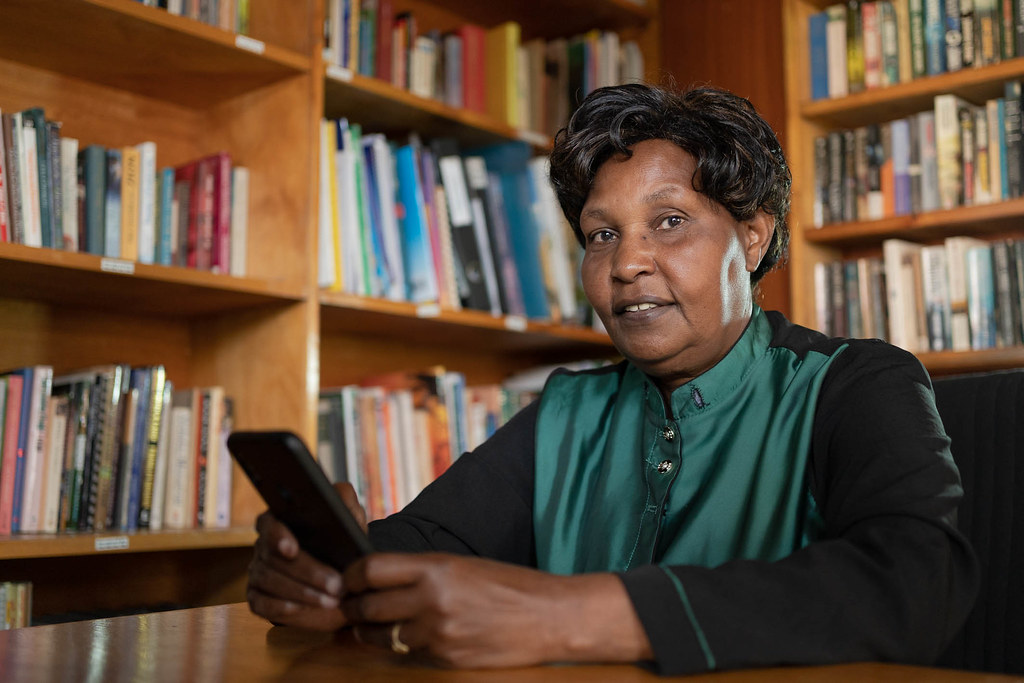 I’ve done trauma healing work with Beatrice in the past. She has a warm steady voice, perfect for this sort of thing, the kind that tells you you’re in good hands.

It’s amazing to me that God would trust us with people’s deep pains, that God would let us participate in pointing people to restoration. Sometimes I just want to turn to him and say, “This one’s yours! It’s way out of my league!” And there is a place for knowing when to hand over a case to a qualified counsellor – and knowing one’s own limits – but it is amazing that God would at times turn to you and say, “Go ahead. I’m sending you.”

Beatrice is one of the people He often chooses to send.

A while back, Beatrice got a call from a children’s officer in Kisumu, Kenya, asking if she could follow up on a case where a man had run away with his child. Child services wanted her to give him a call. Now, how would you convince him that you were there to help? But by the grace of God he agreed not only to talk but to tell her where he was. The voice on the other end of the line was very low, but sober.

He spoke. She listened. His marriage was on the rocks.

“God listening was all he needed,” she later told me.

He went back to his family, and they resolved their issues and even started resuming church attendance.

Her phone rang again. A single mother of three was wailing on the other end of the line, convinced that taking her life and those of her children was the only option. It was all too much: the threats from her ex-husband, her health issues, the lack of funds to pay for her children’s schooling and just trying to raise them on her own …

The young woman spoke. Beatrice listened. Again, the grace of God moved. Somewhere in that conversation the young woman heard the gentle whisper of the Spirit saying she’s loved, and she believed the Good News. Since then, Beatrice has been walking alongside the young woman in her journey of faith via phone calls.

All around the country, vulnerable and hurting people are crying out to God. And God is putting her on the phone with them saying, “Here. Talk to them.” People need to hear from God and to know that He hears them. They want to hear, “Hello, son … hello, daughter. Tell me what’s going on today.”

And sometimes it is through Beatrice’s warm voice on the other end doing just that.

Help the hurting by listening

Do you have the gift of listening? That mobile phone you carry with you everywhere you go may be the instrument He’s given you to distribute grace … so that people feel like He hears them.

Give to the children at risk ministries of SIM Kenya by visiting our donation page, selecting the office nearest to you, and using project number 092617091.

• For the many vulnerable people in Kenya who need to hear the Good News that God loves them.