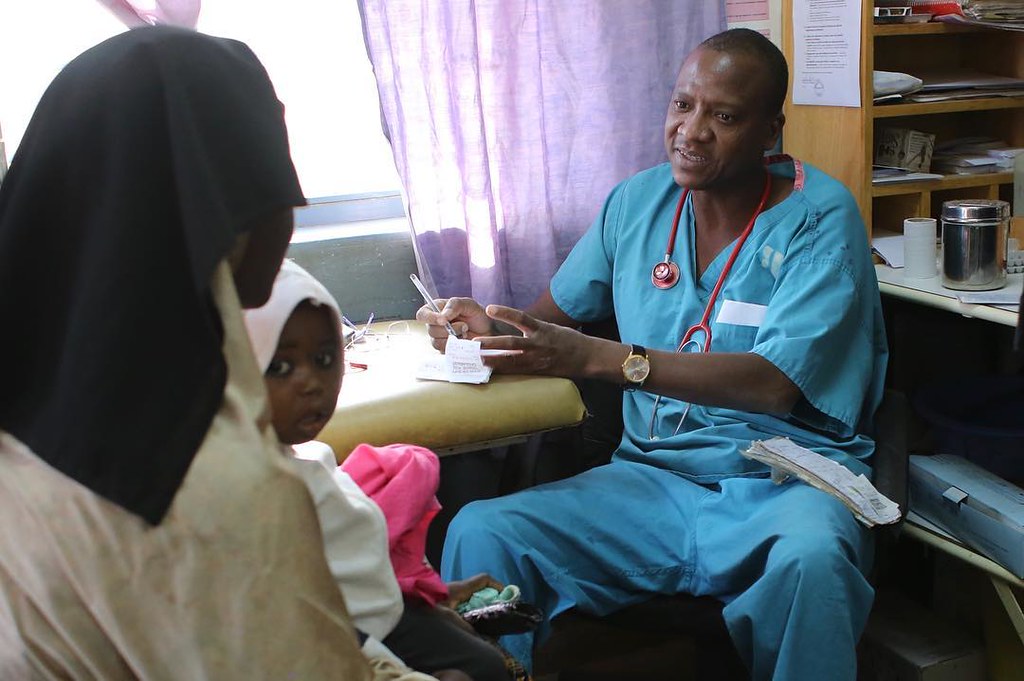 Photo from SIM's Galmi Hospital of a Galmi hospital chaplain spending time with our patients.

Neil Rowcroft, the current director, said, “We have a very open mission of bringing spiritual and physical healing to the people of Niger.

“The director is the oil in the place that helps the different parts work together. It’s mainly for support of doctors and nurses and helps alleviate pressure in their jobs so that things are able to function as smoothly as possible.”

The director role primarily involves maintaining the hospital’s vision and mission through strategic planning, recruitment and personnel matters, oversight of the hospital’s resources including finances, communication and accountability to the various levels of government. Contact us today to find out more.

Neil’s daughter, Anne-Sophie Rowcroft, is the chief medical officer at Galmi, and the Lord led Neil and his wife Jocelyne in a surprising journey to SIM Niger.

He had just finished a contracted position and was taking time off before a move. A trip to France, his wife’s native country, was arranged, but his daughter also insisted they come see to what God was doing in her area.

Neil said, “We visited Niger for three weeks and had a great time. At that stage, that was it.

“The second to last night we were there, I had a chat over a meal with the then director, and he explained how they had been looking for another person to fill his role for quite some time.

“He shared about the challenges they were facing in the search. At that time he was actually the age I am now! He was feeling that it was time to finish up – he and his wife were supposed to finish up the previous year.”

Neil and Jocelyne went away quite adamant that they needed to pray for the role to be filled but didn’t consider themselves to be the solution. Then, Anne-Sophie sent the position description to Jocelyne, who was doing French translation work for SIM International and Niger.

Neil’s background is in school administration, and when he glanced at the description he thought, “Oh, this is what I’ve been doing for the last 25 years – just with a different title at the top!”

As their attitude and prayer concerning the position shifted, the Rowcrofts began asking if Neil should pursue it. They got an overwhelmingly positive response, but Neil had one last qualm to address.

He wanted to make sure the team was on board with him and his daughter working closely and especially in leadership positions.

Neil said, “It’s a very important, very significant ministry. It’s not one to be taken lightly, so I wanted to enter the context in the right way.” This last box was checked quickly, as the team was fine with the dynamic, and eventually, Neil was installed as director.

There are wonderful opportunities for sharing the love of Jesus in the hospital and for the ongoing discipling of Christians, young and old alike.

God is active in Galmi. For example, there has been growth in the outreach programme at the hospital during the last three or four years, particularly in evangelism methods.

Neil said, “We brought in a person from Niamey to train our evangelists to sit with people one-on-one, listen, and then share. They turned their focus to forming relationships to show the love of Christ. It became a relationship-based ministry rather than a one-way mode.

“Over the past year, we’ve seen quite a few people become Christians. And many more have been given the opportunity of being prayed for.”

Relationships have also stood out to Neil as a major benefit of working at Galmi. He said, “Being able to fit into the mission team has been a wonderful blessing. But I equally enjoy the relationships with our Nigerien staff and others in the local community.”

At first, Neil did not recognize himself as the fit for the position, but gradually, God allowed the realization to dawn. In the same way, pray for the Lord to reveal soon the path to Galmi for a new director. Pray also:

• That the love of Jesus would be evident to all who come to Galmi Hospital.

• That the hospital COVID-19 screening procedures and standards remain strong.

• That the hospital can continue functioning well and serving the community.

• For the staff at Galmi to have renewed stamina as they work diligently.

Do you have a background in administration? Have you sensed God’s call to share the gospel with those who have not heard it yet? Contact us today to find out more about how to serve at Galmi Hospital as director. 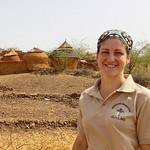 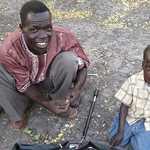 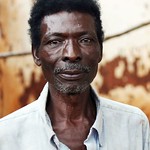 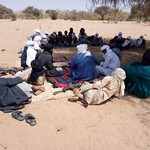