By Tim Allan | Poland in Europe 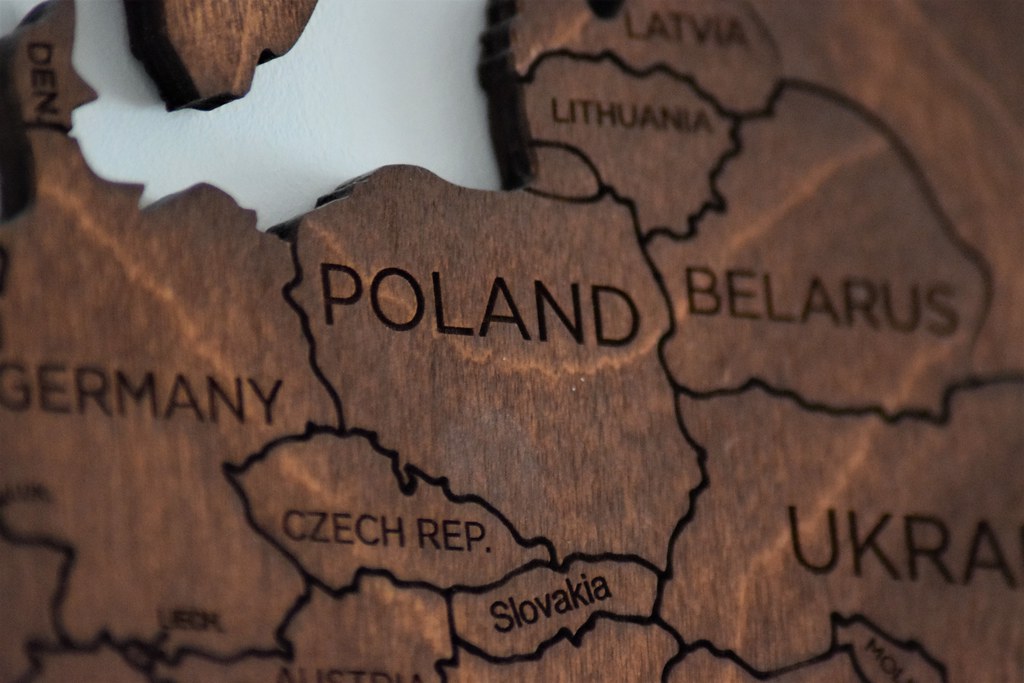 The moment we most doubt can sometimes be the very moment God chooses to use us, in all our weakness.

That was certainly the case for Kuba, SIM's only mobiliser in Poland and one of only two in Eastern Europe.

He joined SIM late last year, with the goal of mobilising workers from his country and also of galvanising the Polish church to become more mission-focused.

But the major turning point in his life had come five years earlier, when, after a long period of doubt and withdrawal from the church he had served all his adult life, God called him to re-commit his life to Jesus.

Kuba says: "Even though I cannot remember a time when I did not call myself a Christian, I really doubted at that moment whether I had really been a Christian. It was as though I had just been converted and I knew I had been really saved."

Born and brought up in Gdansk, a port city on the Baltic coast, Kuba was born into a Christian family. His grandfather pastored a church and spent time in prison under the Communist regime for his faith.

His parents took him to church and he went to Sunday School and then Christian camps as he grew through his teenage years.

He cannot remember a time when he was not interested in mission work, reading biographies of famous missionaries of the past. He even went on mission trips to orphanages in Belarus and became friends with members of the Finnish mission agency organisers.

He went to technical college, where he studied IT and electronics, and harboured a desire to become a mission pilot. While studying, he qualified as first a glider pilot and then an aeroplane pilot.

But after college, where he met the woman who was to become his wife, that dream faded as he confronted the reality of having to earn a living.

He said: "After we got married, our first daughter came along and then her sister two years later. It was hard to see how we could go into mission at that point. My wife was working as a chemist and it seemed impossible. I thought by then I was already too old to go into missions!"

Kuba continued to serve in his church, serving as an elder, running a home group and taking on other leadership roles.

But after some years, Kuba noticed a growing sense of disconnectedness between his faith and his life. It was as though he was serving God through church, but had not given every aspect of his life to the Lord.

He said: "That time coincided with a period when the church had gone through a painful time, which led to some people leaving. It was very tough and gradually I stopped going to the midweek meetings and then stepped down from being an elder. There was some tension between me and the pastor."

For the next two or three years, Kuba stayed disconnected. Sure, he went to the Sunday services, but his heart for service was missing. He was nearing 40 and wonders now whether he was having his 'mid-life crisis'.

But God was not going to let Kuba go. Slowly, he began the process of drawing Kuba back to himself.

Kuba says: "I was really crying out to God, knowing that I wanted him to change my life. I started to read more mission biographies, getting through them very quickly. I read about the great heroes of the 19th century and more modern ones. I prayed to God and started to read the Bible more.

"Slowly, people started noticing a change in me. I began going back to the midweek meetings and people could tell something had happened in me by the way I spoke and my new attitude." 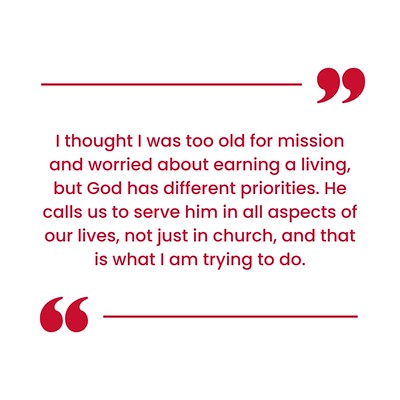 He went to his pastor and asked for forgiveness; the pastor asked Kuba for forgiveness too. Eventually, Kuba was invited back as an elder and now preaches regularly, his life transformed by God.

The born-again Kuba has found his path to mission since then has been far from straightforward. There are no mission agencies in Poland and he found it hard to get any information at all.

He said: "There are relatively few Polish mission workers and most of them go independently so it was hard to know where to turn.

"I tried to find agencies to do short-term trips with but nothing really worked until I finally had the opportunity to visit Uganda. That should have happened in mid-2020 but, of course, Covid changed the world just at that time!"

Indeed, Central Asia is a prime location for Polish and other Eastern Europeans to work in mission. Many of those countries have a shared heritage as former Soviet states; many of them can speak Russian so communication is less difficult than you might think; and the provision of visas is usually easier.

Kuba is now an associate member of SIM, being mentored as a mobiliser and working out how best to mobilise the Polish church. Alongside that, he is working full-time as a software developer for a large multinational.

He went through the Kairos course last year and is now working through their Interfaces course, which is aimed at pastors and leaders. He was so impressed by Kairos, that he has now set up a team to translate the teaching material into Polish.

He said: "I am starting with my own church and the pastor is very supportive. The home group I run, which has several young people, is also involved in the translation work and I am coordinating that work. It is exciting to think this material will soon be available to all Polish Christians and we will see how God uses that."

Kuba is realistic about the challenges. While other Eastern European countries, like Romania, Ukraine, Slovakia and the Czech Republic, are sending many mission workers, Poland is a long way behind. He knows he must first challenge churches to be more mission-minded and believes the way to do that is by inspiring pastors to be more mission-minded.

He said: "I hope to make good connections with pastors in the Polish church and to see more Poles go into mission but this is long-term work.

"I hope my story can help people see that God can use anyone at any stage of their life. I thought I was too old for mission and worried about earning a living, but God has different priorities. He calls us to serve him in all aspects of our lives, not just in church, and that is what I am trying to do.

"I hope and pray many other Polish people and Eastern Europeans will do the same."

• For the Polish church to see itself as a potential sender of mission workers and to catch the Biblical vision for global mission work.

• For God to raise up more Polish mission workers and to point them towards those who can help them serve in places where the gospel is least known.

• For Kuba and others to stay strong in their faith, keep their focus on mission and for the momentum they are building to grow.

If you would like to find out more, please email our Czech office.