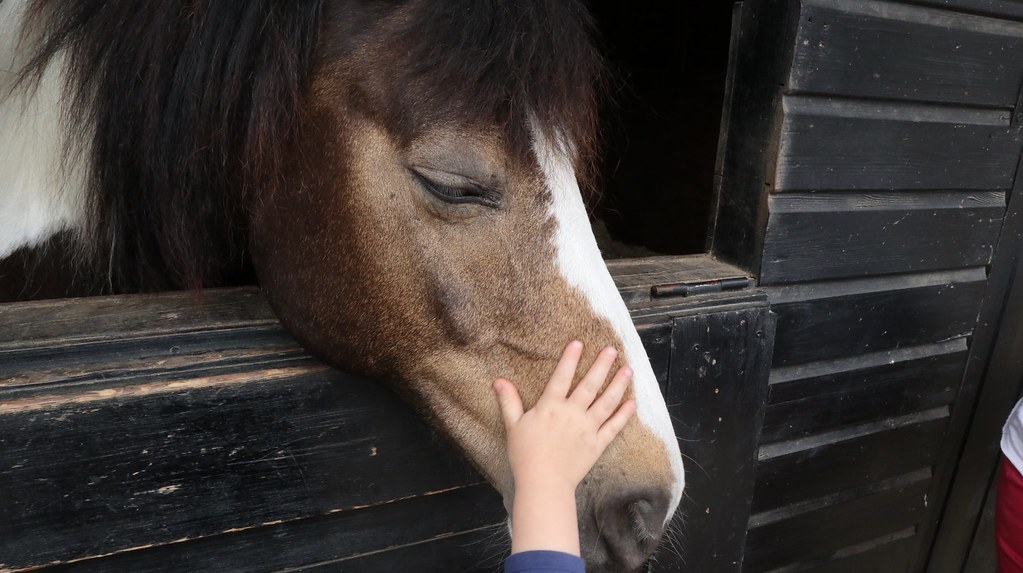 As a little girl in rural Manitoba, Canada, Sophia* was drawn to South Asia and its rich culture. But she had no idea where her fascination came from. Eventually, she realised her admiration for this far-off place was from the Lord, and he was beckoning her into overseas ministry.

Around the same time, Sophia also formed a love for animals but couldn’t yet see how that would help her get to South Asia and feed into missions.

After graduating high school, Sophia joined SIM Canada as a short-term worker and embarked on a four-month trip to South Asia. When she returned home, she knew she wanted to continue serving overseas.

Sophia said, “In order to go back long term, the SIM team in South Asia advised me to find a profession.”

She contemplated her options for an occupation, and her other childhood interest kept coming to mind. Sophia said, “I always loved animals, especially horses. At the time, I was working at a dairy farm and riding stables.

“While I was building on my love of animals, I was also becoming interested in animal medicine. I was looking into studying veterinary technology. But my biggest question in this process was ‘How could vet work and missions work, which I felt God was calling me to, go together?’ In my mind, they seemed disjointed. I was soon to discover that was not the case at all.”

Then, still wrestling with her next steps, Sophia went on a nomadic truck venture for seven weeks in Central Asia with SIM. Through six countries, she and 15 others interacted with nomadic people groups.

Sophia discovered many nomadic people are pastoral, relying on herds for their livelihood. She also encountered Christian veterinarians who connected with shepherds through animal care.

Sophia said, “Through that experience, I learned that God can very much use that work [vet work] on the mission field, especially in nomadic communities. I loved the venture, because it showed me that God can use any skill for his kingdom. I received a new excitement and joy for how God could really use my interests and future skills for his glory.”

my interests and future skills for his glory.”

Back in Canada, Sophia enrolled in a two-year programme in veterinary technology. Now, she’s half-way through her studies and eager to join a veterinarian team or work with SIM in a place unlikely to have heard about Jesus.

In both her journey through short-term missions and her studies, Sophia’s biggest takeaway is how God prepares whoever he chooses. She said, “God calls people and then qualifies them – not the other way around. … If God can use an ordinary gal, he can definitely use you.”

• Sophia to finish her studies well and sharpen her animal-care training.

• The Lord to call more young people to use their unique gifts in missions.

• Our teams in South and Central Asia to continue sharing the good news of Christ with their neighbours.