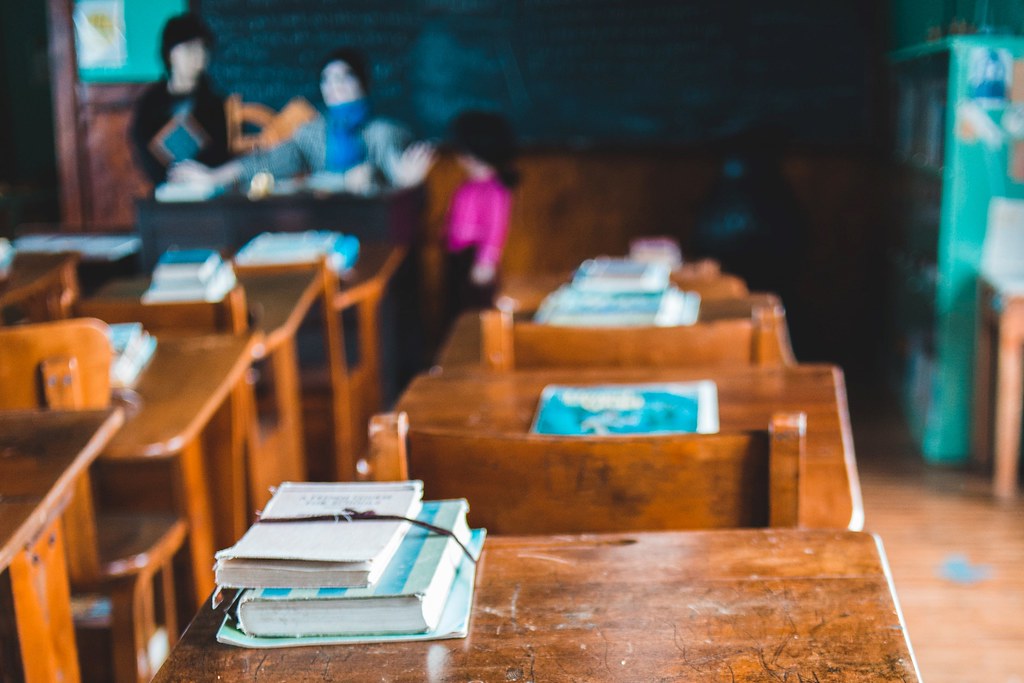 When mission workers prepare to relocate and share the gospel around the world, they often begin by studying a new language. After all, it’s difficult to talk about Jesus without first learning how to…talk. But sometimes this language learning phase can seem like a detour. They wonder how long it will be until the ‘real’ work starts.

Candace* is a language coach serving SIM’s Faithful Witness workers. She has spent almost 20 years equipping mission workers for their assignments. During this time, she’s realised that language learning is more than a series of stepping stones on the road to ministry; language learning is ministry.

“Culture and language aren’t separate things, they’re enmeshed together,” Candace says. “The stronger someone is at understanding the people they’re trying to love and serve, the better.”

For Faithful Witness teams, becoming well-versed in culture is pivotal as they live out the gospel in communities with virtually no Christian witness. In this way, language learning is a beautiful reflection of Christ’s dwelling here with us; he humbled himself and became human to know us personally. Language students get to surrender the familiar and wear their own mantle of humility so they can appreciate the image of God in His children.

Candace discovered her own affinity for language as a little girl while pouring over a family encyclopedia. By her teens, she’d used the book to teach herself Italian, German, and Spanish. Today, Candace speaks more than 12 languages and has a passion for helping mission workers thrive in their homes away from home.

Emotional support is a critical part of her virtual and in-person coaching sessions, because, as she explains: “Sometimes, people feel hopeless.” It isn’t easy to go back to linguistic basics with the language comprehension of a child. Candace observes, “Language-learning is not just an academic challenge, but really hits at the core of identity, personality, and a person’s sense of efficacy.”

Fluency is a spectrum, and every learner’s pace is different. Candace assists mission workers who experience added difficulty because, she says, “They have some form of neuro-divergence. They overcome those difficulties with great courage, perseverance and resourcefulness.”

Then there are people who feel so out of their element with language learning, that they panic and self-diagnose themselves with things like audio-processing disorders without confirming with a professional.

Candace explains, “I’ll have them describe their symptoms, and what they’ve got is the disorientation of not being able to speak a language.”

It’s a fact: language learning can heighten stress and anxiety. Candace’s encountered that firsthand. “Mission workers have losses. Leaving home, trouble with kids, frustrations with colleagues. They’re under a lot of strain … I’ve learned not to coach for the gratitude of other workers or for their friendship, but for unsaved people. I’m getting the workers ready for them, and I find that emotionally a lot easier.”

Candace makes it a point to remind mission workers of the ‘why’ behind language learning. She uses the first day of pre-field training to lead them in a devotional on 1 Corinthians 13. As she says, “There are all these technical aspects of language, but if you speak in the tongues of men or angels and don’t have love, then you’ll be like a clanging gong.”

Language proficiency is important, but a humble heart is essential. “There are lots of stories of people whose language wasn’t great, but everyone knew them because they just loved the local people so well and that spoke volumes,” Candace says. “I think God has his own mark of success. Language aptitude isn’t the main criteria for picking mission workers, and it’s not God’s criteria. But you still want people to be the best they can be and for the message to be clear.

"People’s longevity in the field is really affected by whether mission workers can speak the language.”

To assist with the transition, a mission worker is paired with a language helper when they arrive in their new community. Often, language helpers are locals from the area who don’t know Christ. They quickly become invested in the lives of mission workers and their families.

Candace says, “When helpers first start language sessions, they’re terrified of what’s expected of them. They haven’t been to school and they’re not teachers. But when they realise that the knowledge they’ve already got in their heads is all they need, it’s actually empowering for them …This has a transformative effect on the mission worker as well.”

Many of the students and language helpers Candace trains are based in west Africa. In recent years, Candace and her husband have visited various villages to offer more support and assess the learning challenges. “Traveling around living with people and coaching, setting them up with a helper – it’s all a way of letting mission workers know that someone cares about them. We address any learning problems with strategies instead of diminishing it to ‘You’re bad at language.’”

Recently, Candace’s coached Sara and Grace* who serve on the Faithful Witness team in west Africa. They’ve diligently studied French and are now practising Arabic. Grace’s language helper is a Muslim teen who introduces her to other women in the village. Grace says, “For now, I don’t have enough language skill to talk about faith because I don’t want to mislead them with my wrong words. But we talk about love and where we are going after we die. When they see that I’m trying to learn and speak the little that I know, they are very excited and try to teach me.”

Sara adds, “It’s a long process from the time we’re able to converse to when we share Christ. It’s not like, ‘Oh, I know the language now, so I’ll go preach the gospel.’ They’ll think I’m crazy and that something’s wrong with this foreigner if I don’t have a relationship with the women first. The gospel is why we’re here, but it’s not the first thing we do. People will receive it because of the relationships we form. If there’s no relationship, they probably won’t listen.

“When I’m learning, I maybe want to go home because I just don’t understand and it feels draining…then we get through it and I feel so good, so proud. It’s what I’ve been working so hard for.

“We all want to reach a certain level where we’re comfortable enough to have any conversation. Sharing about pain is the deepest level a person can go. To do that with another language isn’t easy, but it’s the most beautiful thing.”

Candace acknowledges that mastering languages can seem daunting, yet she knows it’s doable when students have the right resources. Mission workers must try to make sense of the spoken word so they can witness the Word flourishing in least reached areas. So, language learning is no delay; it is crucial for discipleship.

• Pray for language learners to be encouraged as they study.

• Pray for the right language helpers to come along; ask God to bless them by their involvement with believers, and pray for them to receive the ultimate blessing of friendship with Jesus.

• Pray for Candace as she provides educational and emotional support to mission workers.

• Pray for those who see language learning as a barrier to missions. Ask God to give them courage to move forward in faith.