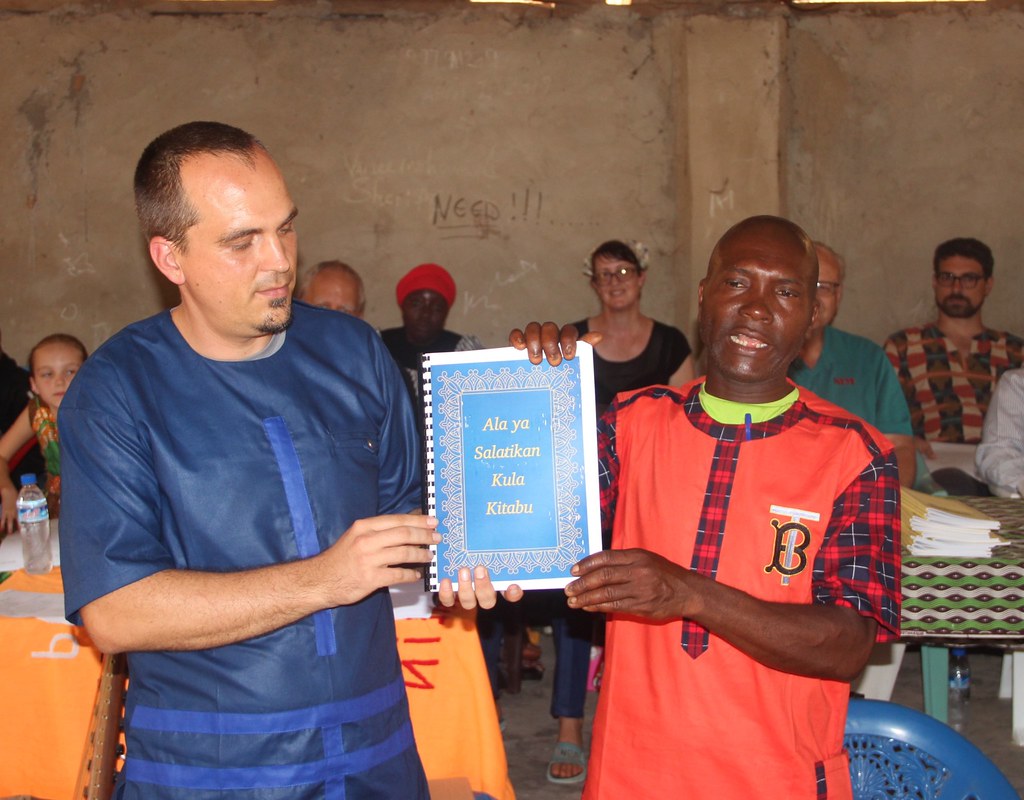 It is difficult to share the life-changing words of Christ with people when they do not have a Bible in the language they speak every day.

John-Mark and Sara Sheppard are SIM mission workers in northern Liberia. Since 2013, they have lived among the Manya people, who are predominantly Muslim, with the goal of giving them the message of the gospel in the language of their heart.

Over the course of the Sheppard’s most recent term they achieved a milestone in this undertaking – completion of the translation of the New Testament into the Manya language.

John-Mark reflected on this journey, “starting in October [2021], the Manya translation team embarked on an intense period of revision and proofreading during which we worked through the whole New Testament twice, painstakingly checking for consistency, Biblical accuracy, and good style.”

Thirty New Testaments were printed in Monrovia, then transported to Voinjama via taxi by their SIM teammate, a full day’s journey on early rainy season roads.

“We sent copies to pastors and evangelists across the border in Guinea, who are eager to start using it in their ministries in various villages, prisons and a mission hospital there,” said John-Mark.

The team presented the published scriptures to those in the villages who had helped with the community checking of the translation. These were received with great joy. One village elder remarked:

“What you have given us is light. Even though we may not live long, we will pass this light on to our children.”

Completing the Manya New Testament is a major achievement, but much more work remains. Even during home assignment, John-Mark meets remotely with a translator to draft portions of the Old Testament. Initially, they are creating a series of Manya language Bible story books and recordings that convey the message of God’s love and redemption, from creation to Christ. The recordings are already broadcast over radio in Monrovia, hosted by Manya speakers who tell listeners about Christ in the language that speaks to their heart.

Crossing the barrier of language to share the good news about Jesus is a long labor of love and respect. The Sheppards plan to return to Liberia in 2023 to continue to make Christ known in this transformational way.

• That Manya individuals who have heard the gospel and believed it would be bold with their newfound faith.

• That the Manya New Testament and Bible story books would have a gospel impact on Manya communities.

• For the funding needed to complete the Old Testament translation.