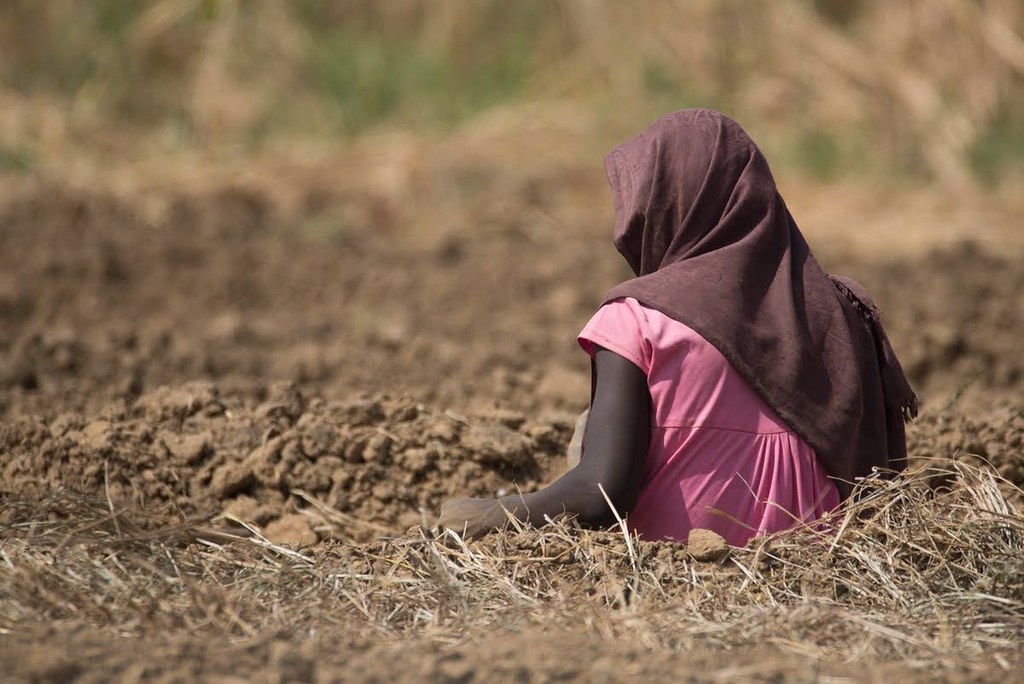 Harriet has endured many trials as a Christian, but trusts that God is sovereign.

How do you support a new believer who lost her sole source of income? An income that dried up when she stopped performing demonic healings because she turned to Christ? What do you do when she is extorted for money by people who are threatening the life of her eldest son?

For Kay and his wife Sophie, serving with Serving In Mission in Central Africa, these are some of the many questions they wrestle with as they seek to share Jesus with a wide range of people.

The couple, sent by several UK churches and another from France, are living in a remote area in the east of the country, with a diverse population of hundreds of ethnic groups and a massive Sudanese refugee population, who have never heard about Jesus.

New believer Harriet moved to the area last year to work as a religious healer and teacher.

“Hard times and illness found her, but a Christian neighbour paid for her medicine and a mission worker provided food for Harriet and her children when she didn’t have the money to buy food,” says Kay.

“She saw the love of Christ in practice and was curious. Confronted with the truth of the gospel, Harriet made the decision to follow Christ,” he adds. 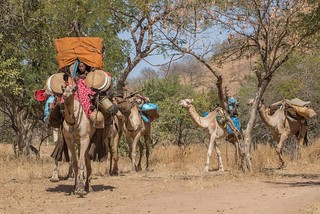 But once her faith became public, Harriet endured a series of trials and tribulations — including being threatened with her life by some family members — and suffered a mental breakdown following a fierce and evil spiritual encounter.

“By the grace of God and with the help and prayers of other Christians, Harriet persevered and even shared her faith with four of her children, who have also given up family, friends, home and much more to join their mum on their own faith journeys,” says Kay.

Harriet’s eldest daughter, who was living in Libya was threatened with death by her husband when he challenged her about her interest in Jesus.

“She ran away; first trying to go to Egypt, then crossing the desert to see her mum and find out more about her newfound faith,” says Kay.

“Harriet’s eldest son Adam was a similar story, but it started out with him being held as a hostage somewhere in the middle of the Sahara Desert. His captors, miraculously, let him go without any ransom being paid and he made his way back home to also hear more from his mum.”

Yet despite the challenges of living in a difficult place where there are few mission workers, Kay and Sophie continue to invest in relationships with people like Harriet who need Jesus. (Today, Harriet is living in a new town where she regularly reads the Bible with several local Christians, trusting God is sovereign). 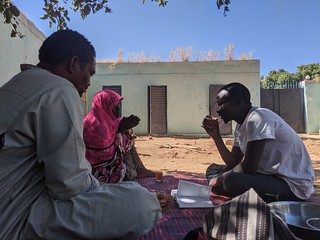 The couple make contact with people in villages through a variety of ministries, including education, healthcare, and agriculture.

“We are field neighbours with several of our friends in town and have had several people come and lend us a hand, give us advice and laugh at the crazy white people who are farming the old-school organic way!” says Kay.

“We seek to love our neighbours well with the love of Christ because we dream of more people coming to know Christ, and of churches being planted in his name,” he adds.

“It’s exciting to be part of God’s work and if we’re faithful to what he wants, then fruit will happen, and it will be partly because of what we do.”

Kay and Sophie are serving as part of SIM’s Faithful Witness project, which sends workers to places where people have little or no opportunity to hear the good news of Jesus. Kay leads a team in Central Africa and there are currently opportunities to join him and/or other mission workers in Mali, Thailand, East Asia, South Asia, North Africa, and the Middle East.

To find out more, email global.faithfulwitness@sim.org

You can view a video about SIM's Faithful Witness project here.

-For the Lord’s protection on Harriet and her family.

-For Harriet and her children to stand firm in their faith, growing in maturity.

-For others in this region to respond to the good news like Harriet.

This was posted on 7 September 2021 in Faithful Witnesses and Ministry stories.