God intended it for good 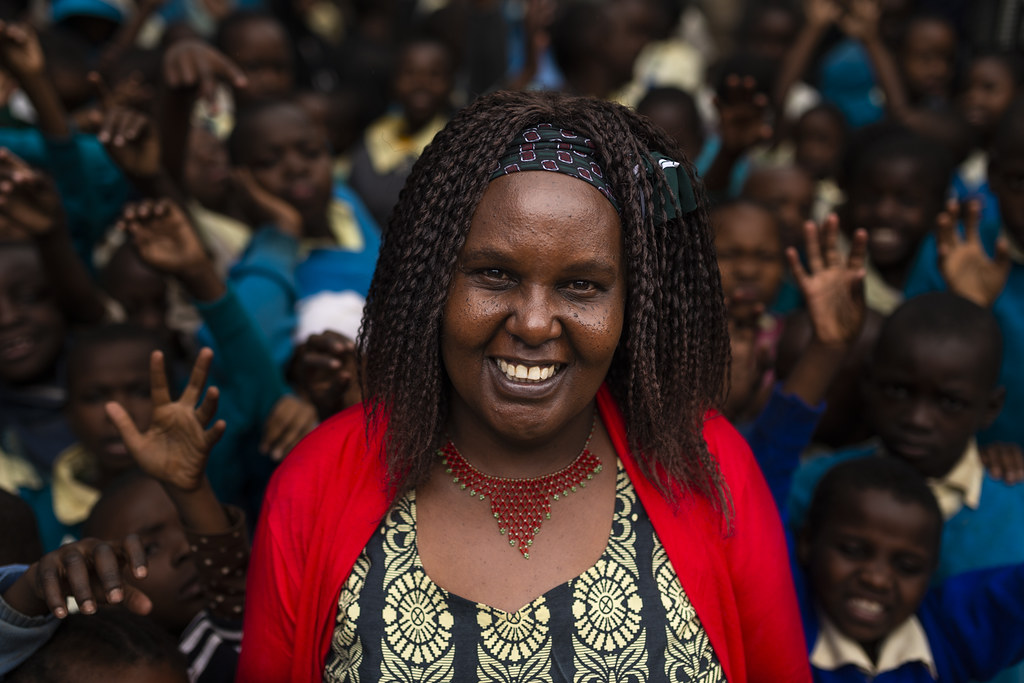 A seventeen year old girl sleeps in the gutter of a vast slum, clinging on to her baby.

Her alcoholic father had left home, leaving the large family to fend for itself. She was supposed to be gathering money by whatever means necessary in order to provide for her impoverished family. But, with a baby of her own now, she was seen as less useful to the family cause.

Three times the young mother tried to take her own life. But never her child’s.

Aged nine, she was first given away by her mother to work. Together with her brother, they scavenged old food like sukuma wiki (kale) and ugali (the staple maize) to cook and sell. She also worked as a house girl, often the victim of cruel abuse from the women she worked for, without protection from her own family.

Any money earned primarily fed her family. This girl's childhood was robbed from her, along with any future prospects. Sadly, her story is all too common in slum areas of Kenya and some cases of abuse can be painfully extreme.

Yet, this is not a story about poverty and its devastating effect.

It is about how God can use intended evil in order to bring about good.

It’s about how God can bring about a different outcome, rewrite the ending.

Every setback, every detour, in order to get you to where he wants you to be.

This story of Agnes is a modern day Joseph story.

Genesis 50:20 'You intended to harm me, but God intended it for good to accomplish what is now being done, the saving of many lives.'

Joseph’s jealous brothers intended to kill him. Yet, with God’s divine intervention, an opportunity came for them to sell Joseph into slavery rather than kill him.

Taken into Egypt as a slave, Joseph experienced numerous ups and downs. From favourite son to slavery. Potiphar’s household manager to prison. Prison manager, yet left to languish in prison. Eventually, despite such hardships, he would become second in command in Egypt - the most powerful empire in the world in those days.

Rarely is God’s path for your life a straight line.

Every setback and detour brought Joseph closer to where God wanted him to be - in a position to save the people of Egypt and Israel from a devastating famine.

His God-given gifting enabled him to save the lives of many others. Yet, he would not have been in this position at all, had he not been the victim of harm from those closest to him.

Agnes went through many hardships during a tough upbringing. Today, having come through such challenges, she is in a great position to use her gifts and passion to help others.

Many children across slum areas in Nairobi, Kenya, are going through similar experiences that Agnes did.

Some mothers make home brew alcohol, known locally as Changaa, and get their children to sell it. With customers sitting and drinking around the family home, a mother may decide to sell her own child for sex, especially when she knows the labourer has his week's pay inside his pocket at his disposal.

Intended harm, from their own family.

"Who would hurt a child?”, questions Agnes. "It is worse than madness. This is not just someone out of their mind. They need to know to love their child.”

Agnes herself was a young, single parent and would typically only get enough for one meal a day for her child. Life was tough.

If she was to follow the example of others around her, she would have become an addict and abused her child. But she did not. "Poverty is not a reason for addiction and abuse - you can still have a family and love them.”

Just like Joseph, God’s plan for Agnes was for good. By God’s mercy, Agnes bounced back and there would be no repeat story for her own child. Agnes did all she could to take care of her own family. And then some - God was calling her to use the little she had to support others around her.

Agnes was born in rural Kenya and grew up going to church with her mother and siblings. She fondly remembers the songs they used to sing, like the story of Daniel and the lions' den.

She recalls how she had a strong faith and how she felt that one day she would help her family, plus fight for and protect the children who had no one to fight for them. A sense of righteous anger at the injustice around her.

Agnes is a woman now. Her son has grown into a healthy man, a mature Christian, with a solid job. And the story is bigger than her own family.

One Sunday, Agnes was in church in Kibera (Nairobi) along with twelve children that she was helping. She recalls how her church pastor confronted her, saying "You do not have much to give (tithing), I know this. But God has chosen you to love and look after these children. He didn’t choose me, he chose you."

Today, she has more than fifty children under her full time care. 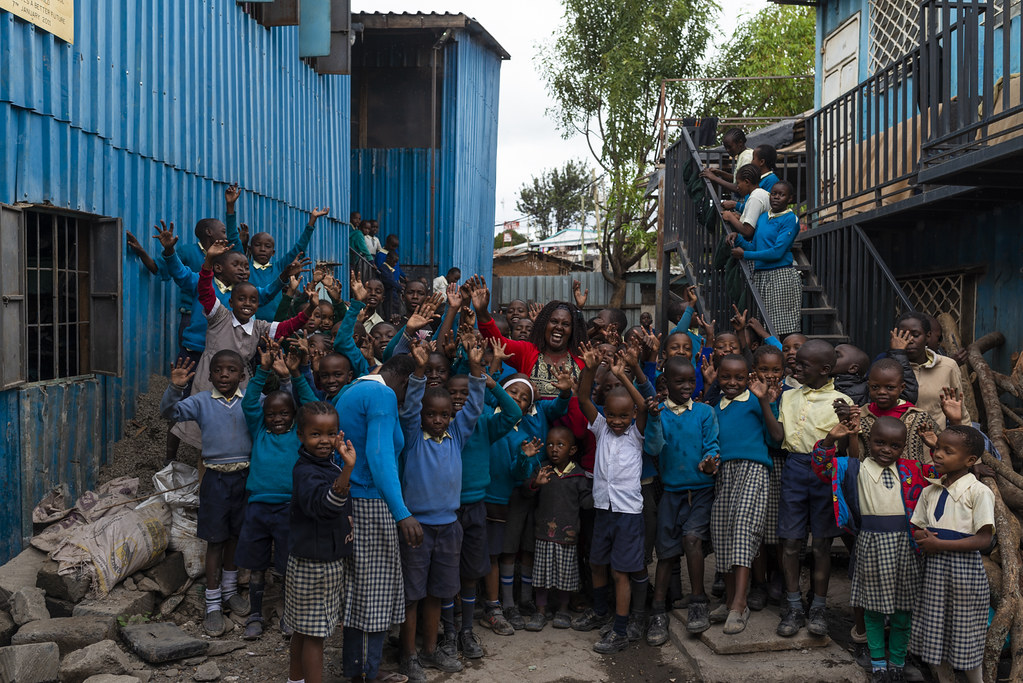 We meet Agnes twenty years on from the gutter.

She is showing us the primary school that she oversees, called Drug Fighters, in Kibera. Room after room, children are in class and there are dorm rooms for those that board.

In the first days, she collected forty-five children from the immediate area, whom she knew were first hand victims of neglect and abuse. This fierce mama knows all too well the pain and injustice these children have experienced.

It’s her own life experiences that provides her the motivation and resolve to change the story for others like her own child-self.

Drug Fighters primary school has grown. More than 50 of the children that attend the school are boarding and under full time care of the staff.

Of those that board, many have parents living closeby, who have failed to give them the care that they need and are willing for their child to live elsewhere.

In this safe place, children are fed, educated and looked after. Each night the boarders have a bible reading and understand God’s truth about who they are.

Agnes’ care for others started by taking young mothers into her own home and offering them the support they needed. Not for a minute did she think that her efforts would grow into creating the primary school we stand in today. She simply wanted to be a positive influence in the lives of those around her.

Spiritual investment in those early days helped Agnes form a strong faith and is a key component of her work with children and parents.

Agnes says that she does not preach sermons to the parents and children, but, out of a mutually respectful relationship, instills in them concise truths. She tells them Jesus is love. He came to rescue what was lost. With Christ who helps us, we can do all things. Parents, be patient with your children.

She tells children under her care not to look at your family simply as though they have abandoned you, but instead to look at the life of Joseph in the Bible.

Joseph was sold, Agnes says, in order for the will of God to come true. Sometimes God gives a test because he knows we can pass it and move on to the next level in our lives.

Agnes is an outlier - not many have come out stronger from such severe trials. She hopes that with her support, many others can also break the negative cycle of abuse in their families.

The saving of many lives.

The SIM Kenya Children at Risk team, headed up by Kenyan missionary Beatrice Njoroge, partner with Agnes in the vital work. With decades of experience and witnessing the cyclical nature of abuse, the team is embarking on another way to support the children - through rehabilitating their parents.

In part two, we’ll look in more detail at how this approach is working out, through the story of the very first mother who is benefiting from a fresh start through the ministry.

If you would like to find out more about the work, please do reach out directly to the SIM Kenya Children at Risk Ministry team leader, Beatrice Njoroge at kenya.childrenatrisk@sim.org.