Flying hope and healing with SIMAIR 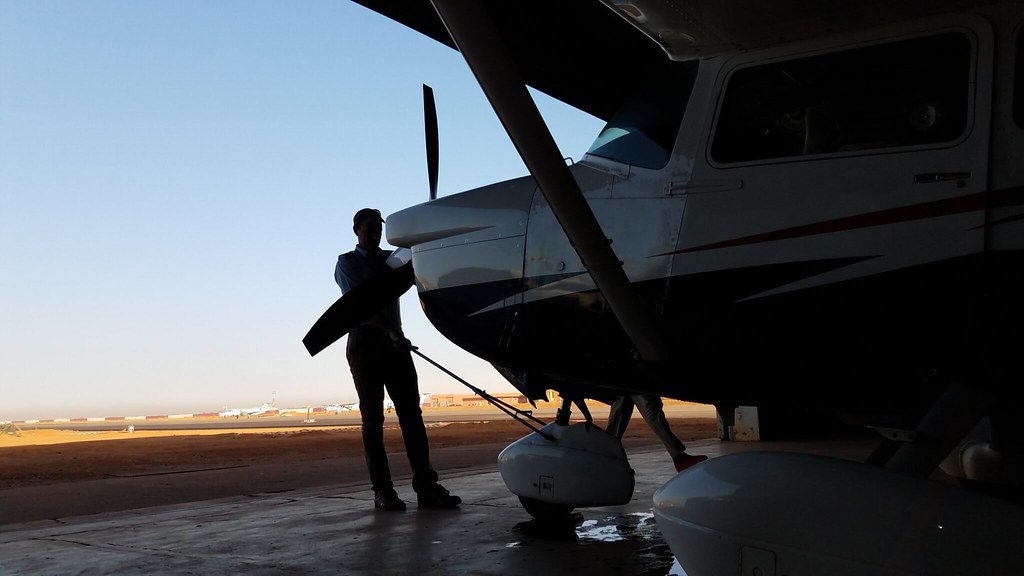 Flying into remote destinations, SIMAIR – SIM’s aviation branch, presently based in Niamey, Niger – has been transporting medical care, emergency relief, and Christian hope to thousands of people for the past 76 years.

Most passengers are the several hundred mission workers with SIM and partner agencies, but the aircraft also carry life-saving medicines, food, and equipment to the most remote communities.

Throughout COVID-19, Niger has been struggling with a huge spike in malaria cases, alongside the heavy rainfall and severe flooding of the river.

A three-hour flight away from the capital, one of our partners reached out to SIM for help. Funds from the Emergency Relief Project were given to meet the needs of the many ill and hungry people in that community. Malaria medicine was bought, and while some was sent by bus (and arrived four days later), the most urgently needed medicine was flown across to them by SIMAIR. Hundreds of people were treated – Christians and Muslims alike.

Just a few weeks later, the leader of a local mosque visited our partner. He began by commenting on how he had never witnessed Christians helping Muslims like this before – and how, with nothing to gain, our partner and his community of believers had gladly provided medical aid and food. This display of generous love had changed the Iman’s perspective on Christians. He said that from then, he would tell the Muslims in his mosque that it was okay to visit the church and listen to its teachings.

Amazingly, God’s Spirit did not stop working there!

Many Muslim people from his mosque did indeed proceed to visit the church for the very first time, listening to hear the teachings about Jesus. These neighbours came – and barriers were broken down and relationships started – because our faithful network worldwide gave financial support to the Emergency Relief Project and SIMAIR, and because our partners were obedient to God’s call and treated and loved people in Jesus’ name.

SIMAIR began in Nigeria back in 1946 and later established the current base in Niamey in 1973.  Over the decades, SIMAIR has been blessed with a wonderful team of pilots and mechanics passionate about serving the other mission workers and ministries in Niger and its neighbouring countries.  The instability in the region, limited infrastructure, harsh desert climate and long distances continue to keep SIMAIR in high demand.

Security risks in the country have made the support SIMAIR brings even more important. COVID-19 restrictions temporarily shut down flights and several of the land borders in the region remain officially closed. Civil Aviation has also imposed new country regulations for SIMAIR. While previously, they could fly anywhere in the country by simply filing a flight plan, now most airstrips require a 48 hour advance paid request. Thankfully, SIMAIR have been given the green light to resume flights, as before, to two of our main hospital bases.

• Give thanks that believers around the country, including our team, continue to love their communities faithfully, opening up opportunities to share the good news of Jesus.

• Pray for renewed permission and an easing of aviation restrictions so SIMAIR can fly anywhere, without being hampered in our ministry.

• Praise God for faithful supporters and prayer partners around the world, without whom this project would not be possible!

SIMAIR requires about 137,500 USD to continue flying safely on behalf of mission workers and the local communities across West Africa. This includes vehicle operations (like fuel), repairs and maintenance, and safety and training. If you feel able to support this project, use our donation page to contribute to project number 88800 with your nearest location.