A voice carried on the wind 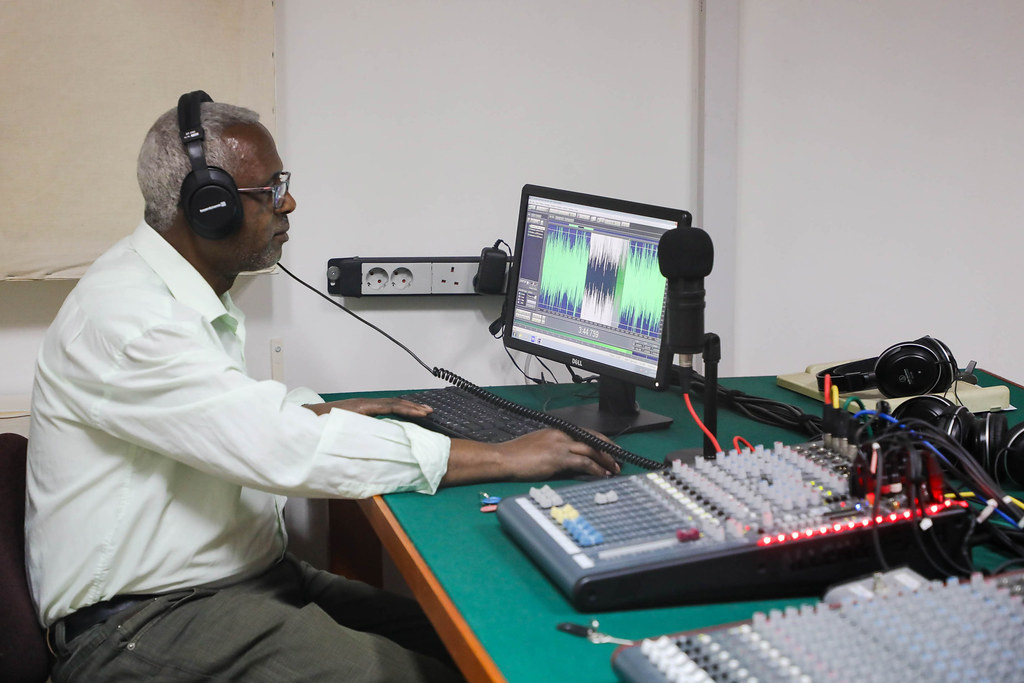 Social media does not come naturally to Ato Tenkir. But radio ministry does. And he’s been doing it for 24 years in Ethiopia. Though not a young man, he wants to reach the new generation where they are while still connecting with other generations over his tried-and-true ministry method.

Radio might seem like old-fashioned technology, but in Ethiopia it is still a major way that people connect with the outside world. Seventy per cent of the population lives in rural areas and many are primarily oral learners. They sit down with their AA battery-powered, short-wave radio at the designated times when their programmes air. They wait and listen for the voice that comes miraculously on the wind.

For more than two decades, SIM worker Ato Tenkir and two colleagues have been scattering seeds into communities where Christ is least known through his daily radio programme. And people tune in. Some call back, and some even show up. A soldier, who was at his wits’ end and contemplating suicide, accidentally stumbled across the programme. That day, the topic was alcoholism and a God who rescues. He heard the message and the seeds of God’s word landed on good soil. He came to the station, shared his testimony on air and, in turn, scattered more seeds.

It reminds me of the very beginning, at creation, when it was quiet except for the voice of God. His word was carried on the wind like seeds. He spoke and the world bloomed. He spoke, and man, who was just a lump of clay, came to life.

But fewer people tune into the radio these days. Fewer people tune in to catch the scattering seed. Fewer wait for the programmes to air in their own time. They’re not tuning in and waiting. More and more young people are connecting to the world through their phones. They’re swiping and searching for their own stories and outlets.

Ato Tenkir is a man who grew up with the idea that radio ministries were key to reaching the darkest corners. Literally to broadcast the seed of God’s word through the air. But he could read the signs.

The young people are hanging out on Telegram, a popular messaging app on smartphones in Ethiopia. Ato thought he might give it a try for a while and was surprised to have 700 following him after a few months. A year on and he now has 3,500 people tuning in for his short devotional messages.

His real dream is to see young people be part of this work of scattering seeds. For young people who are much more agile on these platforms to broadcast seeds to a whole new generation of listeners.

Although they’re packaged differently, the same seeds and the same message, are carried on the wind.. Just as God has been doing since creation, his word continues to give life. Wherever his word lands, things grow. In parched lands where workers may never step foot or in lonely houses that have never been blessed with visitors, God’s word breathes life.

Maybe you’ve had the seeds of God’s word touch you before. You felt like a folded lump of clay but heard a message that gave you life again. You know the one. The message you read this morning in your feed, the video post a friend shared, a text that came in last week when you needed it. That word you just had to share because someone else might need to hear it too. The one you had to re-post because God’s word really does give life again.

Could you use your phone to scatter seeds of God’s word to places where He’s least known? Contact us to find out more.

You can also get involved by giving towards the rural oral learner’s project. Visit our donation page, select the country nearest you, and use project number 83280.

- For more people to join in scattering seeds via radio and social media in Ethiopia.