"He will die, so why waste your money on him?”

This was the question from hospital staff to father Getanet, with his baby boy just a few hours old.

Getanet was asking the staff to take his newborn son, who was having difficulty breathing, to the incubator room. Admission charges to this facility at the hospital are 30 Ethiopian Burr (a little over a dollar).

A dollar. The value of a child’s life.

The father persisted and his son was admitted.

Despite difficulty breathing and feeding, over the next days his son’s condition improved. He started to feed well from his mother Yetayesh. On the tenth day, they were permitted to take him home. Persistence had paid off.

They would, however, return to the hospital much sooner than expected.

Although their son appeared ’normal’, with no exterior disabilities, he did not develop like other children. When those the same age as him learned to walk, he remained seated.

When others began to run, still he sat, with one leg bent back. Something was not right, so Yetayesh returned to the hospital.

They received terrible news. "Your son will not walk. Just sit him at home and feed him.” Hope crushed, they were sent home. 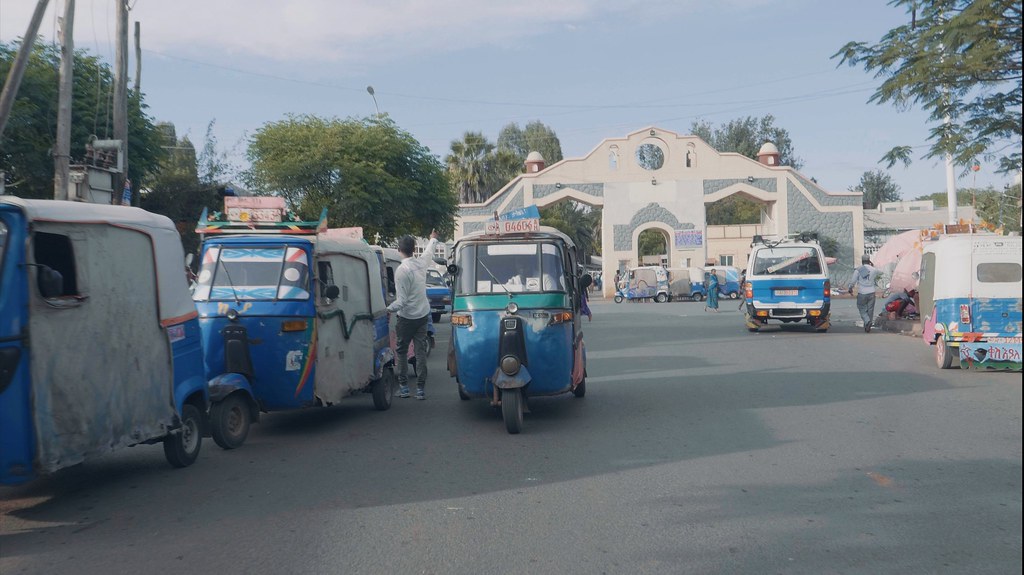 Yetayesh and Getanet live in Northern Ethiopia. Here there are many challenges that face a family with a child that has physical disabilities.

The resources are not in place to support the child and help them improve their physical condition. More so, there is a taboo around physical disability - it indicates generational sin and reflects badly on a family in society. It’s no wonder that such children are usually hidden in the family home.

Yet, just like her husband, Yetayesh would not accept the situation and she journeyed to another clinic to seek help. Here they received a lifeline. 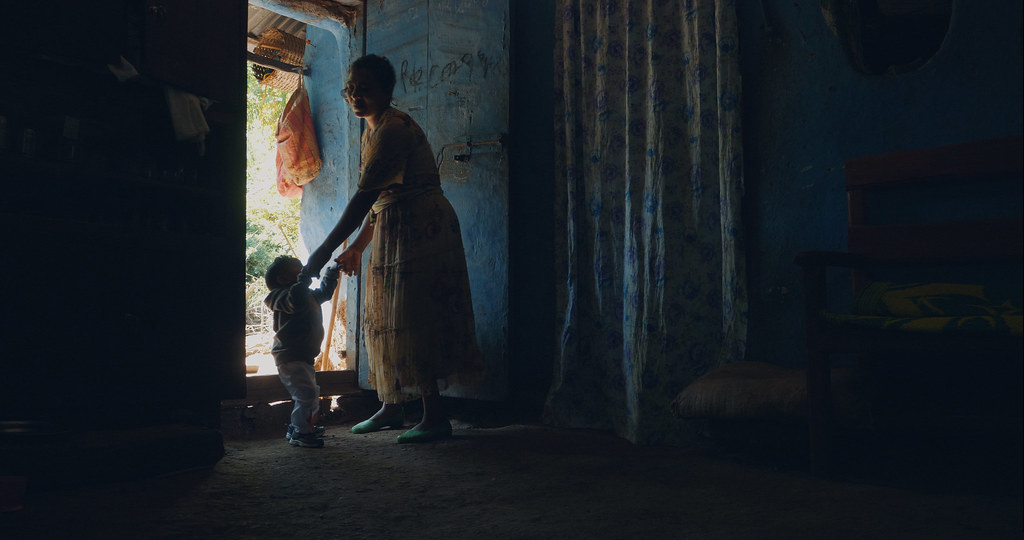 Hidden Abilities is a one-of-a-kind day centre for families affected by disability. Its conception is beautiful.

An SIM family living in the area had a daughter suffering from cerebral palsy. They did not hide their child, despite comments from their neighbours about her being cursed. “She is a gift from God”, they would insist.

More so, they were able to provide the child with physical therapy that improved her mobility.

Their neighbours looked on with interest. They saw the girl’s condition improve, especially in her ability to walk. They saw how well the family treated her. Not as a curse, but as a gift.

A neighbour asked for help with their own daughter, who had been hidden away up to this point. One by one, mothers and fathers came to the family with their own hidden children, asking for help.

In this area, there was no facility in place to support families affected by disability. There is a severe lack of registered physical therapists throughout all of Ethiopia, and virtually no occupational therapists or speech therapists (2019).

So, responding to the need, in 2014 the Hidden Abilities Day Centre was opened. 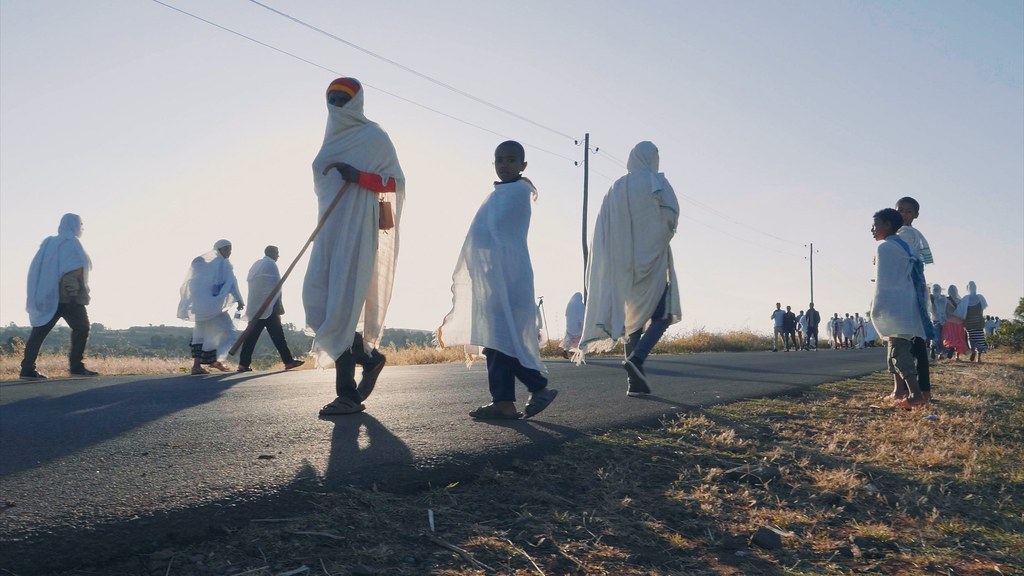 A core ethos to Hidden Abilities is that families are welcomed, respected and cherished into what is a clean, bright, fun and warm environment. This is a far cry from a life of rejection.

There is more to this place than hugs, kisses and positive affirmation.

Each child is evaluated and given a therapy programme, which is carried out in the gym at the day centre (and exercises are also done with the family in their homes).

There are three Ethiopian case workers who have backgrounds in social work and nursing. They have learned therapeutic exercise in seminar-type courses and on the job training.

Today, positioned just a block from the government hospital in Bahir Dar, the centre is pulsing with activity. Around forty children regularly come to the centre and the number is growing. Some families travel half a day to reach the centre.

About 80% of beneficiaries have cerebral palsy. Other conditions include spina bifida, hydrocephalus, club feet and developmental delay.

In the beginning, referrals came by word of mouth. Today, Hidden Abilities also receives referrals from local clinics and hospitals.

Yetayesh went to a local health centre where some of the staff had just attended a workshop, during which Hidden Abilities was mentioned as a place to take ‘handicapped’ children. The staff told her to go - if it helps it helps, if it doesn’t, it doesn’t. They weren’t to know it, but this was the lifeline that their family desperately needed. 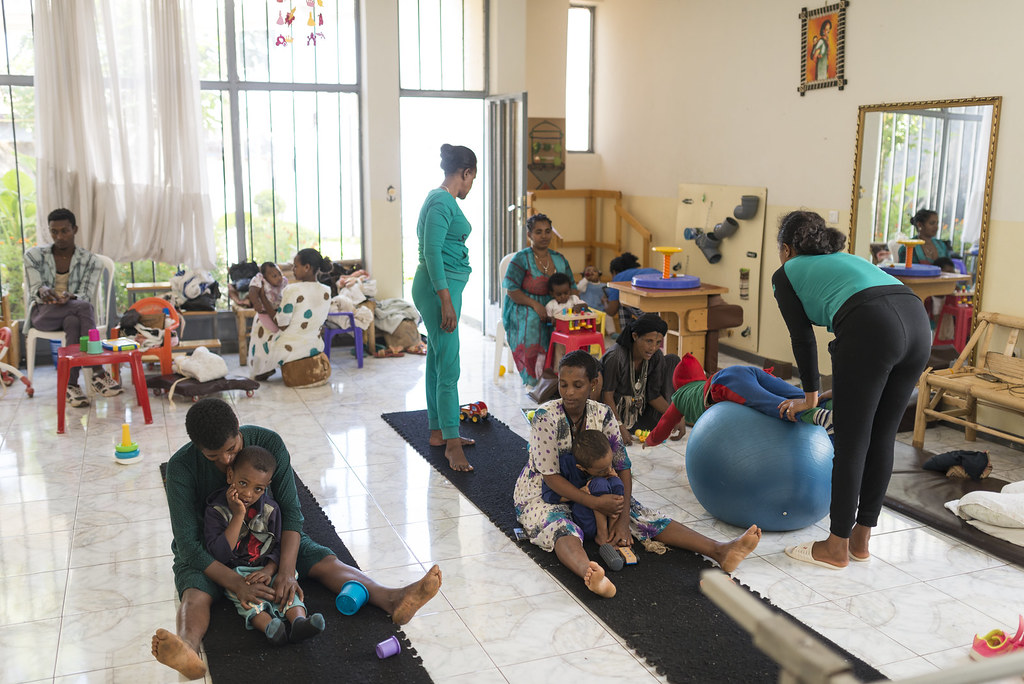 Abagiya, one of three case workers at Hidden Abilities, recalls the time when Yetayesh and Getanet first brought their son to the day centre.

“They had no hope. Their son was eighteen months old, yet he was not able to stand up or walk.”

Meherit was born with cerebral palsy, with a weakness on his right side. Over the coming weeks and months carrying out the therapy programme, his condition began to improve. As they saw the physical improvements in their son, their hope and their happiness grew. The difference was obvious.

“Now my child can walk and play with other children. When we walk with other people, to see my child also walk, brings me joy”, says Getanet.

He’s not hidden in the back bedroom any more, he is out there for all to see. And his physical condition has improved. Transformation such as this is what brings satisfaction to Abagiya.

Tigist, the senior case worker, has a heart to minister to the children who have been hurt and pushed away by people. To hold them, love them, and bring them to a place where they can move better.

Every morning as Tigist prays, she prays for her hands. That they would bring healing as she works with the children. She has seen four children who had no logical hope, come to a place where they can walk. 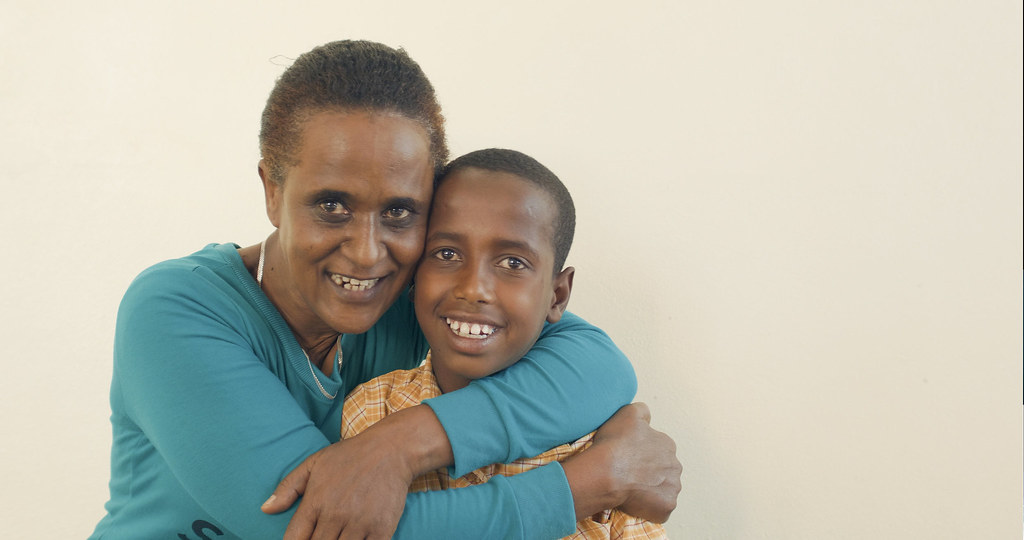 Another beautiful picture seen through Hidden Abilities is how people are drawn together by the challenge and suffering of living with physical disabilities.

There are families from all walks of life, from different faith backgrounds, sitting side by side in the day centre and beyond, championing each other. As their children are able to do new exercises, as they improve physically, they are there, side by side, cheering each other on.

Hope and acceptance are visible in this place. It’s even in the air. 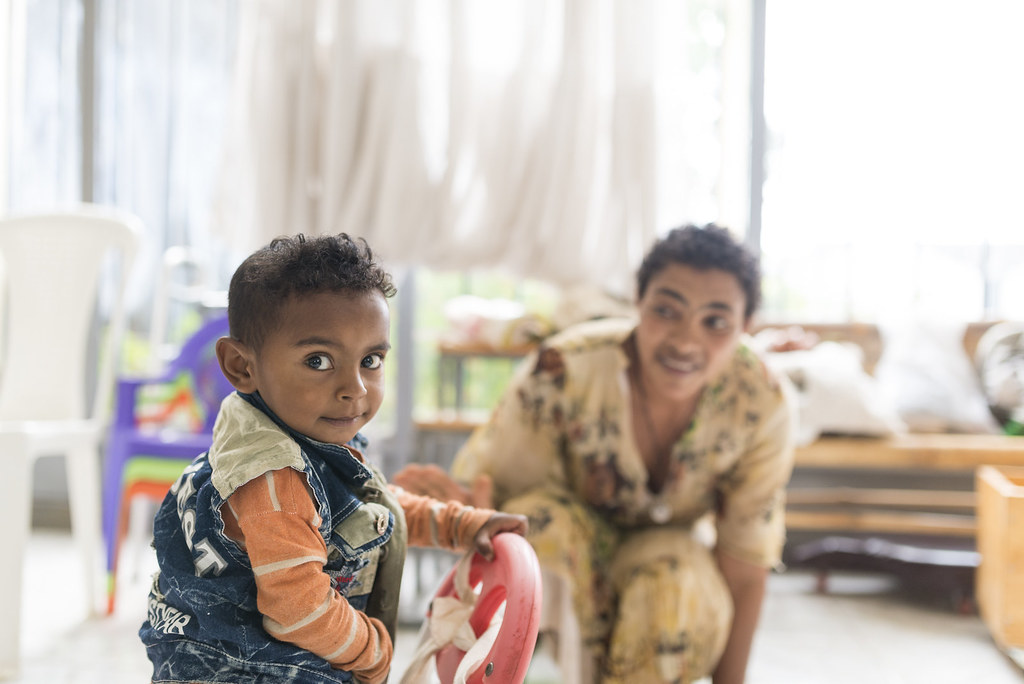 Fast forward to today and Yetayesh’s outlook is transformed. She speaks of how she will do all she can to help her son get educated. That’s quite a turnaround from being told to simply keep her son at home and feed him.

Even the little changes can bring about exponential changes in the lives of the families.

Children hidden at home simply have no opportunity for physical rehabilitation. 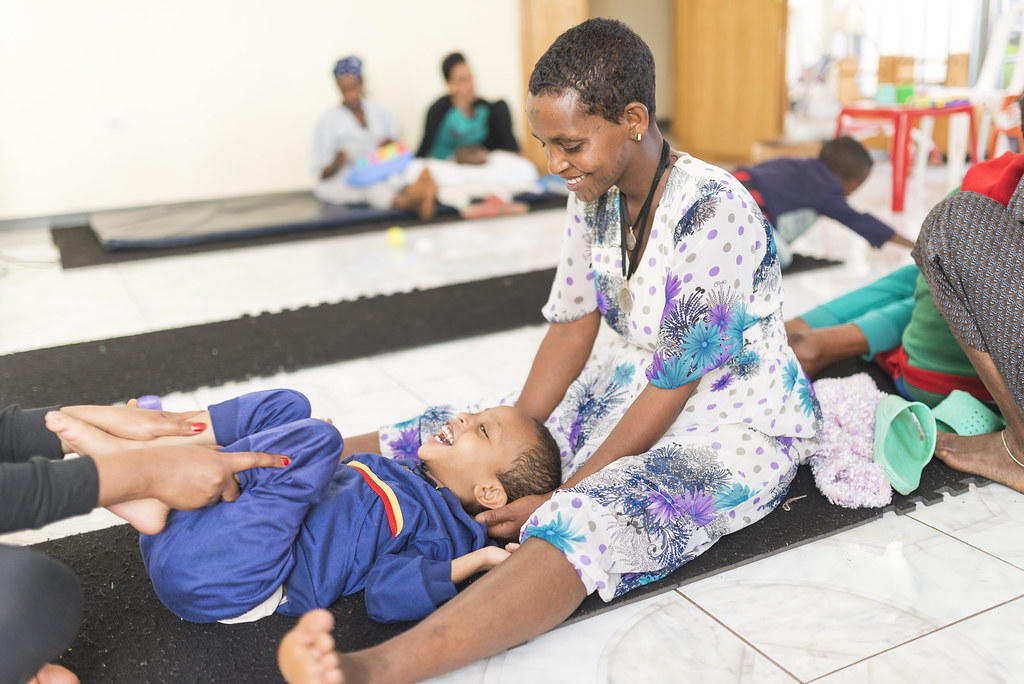 Bahir Dar is home to around 400,000 people and one can be certain that there are many more families in this region suffering alone, in silence.

Children, hidden in the back bedrooms, without hope that their situation could change. Parents, ashamed of their situation. Stigmatised by their community.

Yet the history of Hidden Abilities shows that if the light can be shone on one, the community perspective can shift and others can be brought out of darkness. 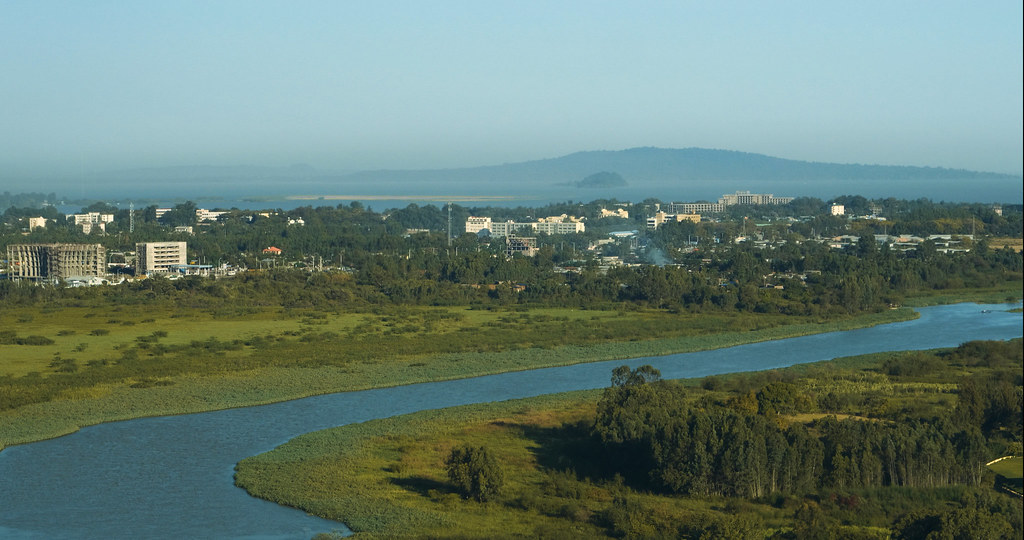 There are so many more children in this region whose abilities are hidden, locked away. Hidden Abilities has and is helping to unlock a child’s full potential. The team are demonstrating the love of God for these families.

We pray that you are equally encouraged by the transformation of so many families in Bahir Dar so far, and challenged about the scale of the situation today.

Hidden Abilities is a ministry of SIM Ethiopia. You can find out more information at www.sim.org/contact-us, quoting the project number 092936.