The Nepal earthquake: One year later 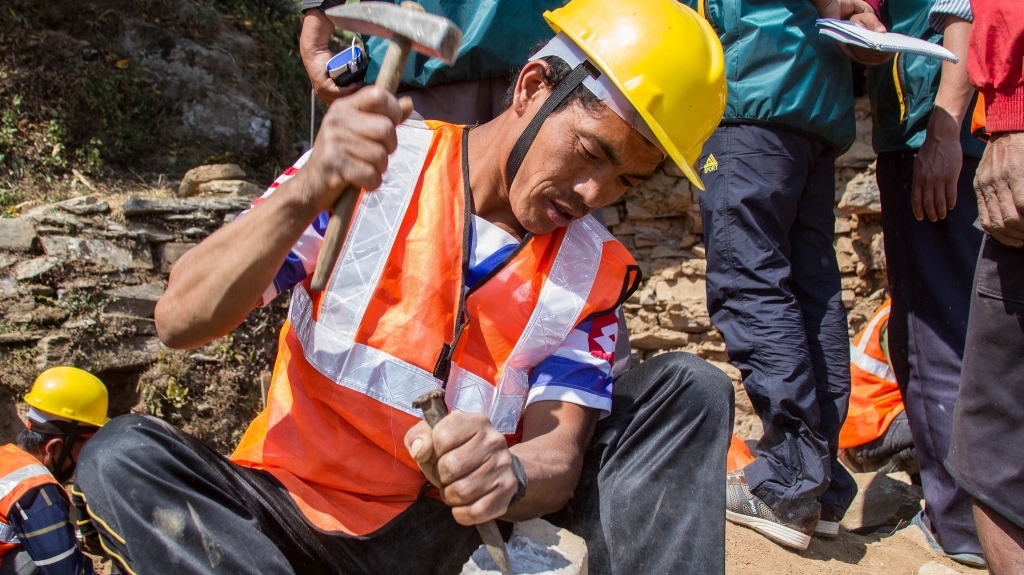 One year after a 7.8 magnitude earthquake struck Nepal, causing massive loss of life, widespread homelessness and billions of dollars in damage, the nation continues to heal and rebuild. In Dhading, one of the districts most devastated by the quake, SIM and partner organization United Mission to Nepal (UMN) carry on with reconstruction work.

Last year SIM contributed a total of $150,000 (USD) for the Dhading Disaster Response Program (DDRP), which focusses on relief and reconstruction in a two-phase plan.

"I am grateful to our donors, whose response was immediate and very generous," said Gabriel Jens, director of SIM Nepal. "Because of this, UMN together with SIM could help people quickly and avert more loss of life.

During the initial relief phase of the DDRP, funds were used to purchase and distribute materials needed for survival, including food items such as rice, salt, and oil, as well as hygiene kits and temporary shelter. In order to maximize their reach, UMN worked with local partners to distribute relief materials. More than 12,100 households received relief materials in Dhading, where UMN has been serving for over 20 years in education, health, livelihood, and more.

"I was happy - at the time when I had nothing to eat, I received food," said Khawa Lama, who received relief goods after his family's home was entirely destroyed.

The earthquake claimed the lives of 9,000 people, and eight million are estimated to be affected - more than one-fourth of Nepal's population. Almost three million people have been displaced from their homes. In Dhading, approximately 680 people were killed and 92 percent of houses were severely damaged by the quake.

Silas was on the front lines of relief efforts, traveling to the remote villages with UMN and handing out materials to the villagers. He added that the rainy weather the night after the earthquake, along with continued tremors under the earth, added to the fear and anxiety.

"But people have hope in their life because they believe in Christ," said Tamang, noting that Dhading is comprised of mostly Christians. "Some people have come back here and they are starting their lives again."

Ram Kumar, a jewelry maker who lives in the village of Tawal, was trapped under falling rocks during the earthquake. Bone was shattered in both his legs and his head was cut and bleeding.

"I could not come out, rock kept falling. I was completely buried," Kumar said. "I remembered God when that happened. I thought of God, no one else."

Though Phase 1 officially ended and Phase 2 began on June 1, 2015, the need for relief continued during the winter. Several villages in Northern Dhading located at a high altitude and closer to the Himalayas experience much lower temperatures than other parts of Dhading and the temporary shelters many villagers were forced to live in were inadequate protection against the weather.

UMN responded with a "winterization" relief effort during December 2015, and worked with local partners to distribute blankets and mattresses to approximately 3,600 households. Though the distribution had been planned for two months earlier, materials were difficult to procure because of the blockade crisis on the Indian border.

"The border closure affected everybody in Nepal and the earthquake survivors' needs became secondary," Jens said. "Nothing could be done about it. There was no fuel...work had to stop."

The crisis, which lasted from September 2015 to February of this year, began days after Nepal adopted its new constitution. Minority groups, including the Madhesi people who live in southern Nepal, have claimed the new constitution does not represent them and instated the blockade as a form of protest. The flow of resources such as fuel, medicine, and raw materials needed for post-earthquake reconstruction into the landlocked nation was stopped. UNICEF warned that the blockade put more than three million children under the age of five in Nepal at risk and urged the parties involved to lift the restrictions, but the blockade remained.

UMN plans to help 1,100 households selected from the poorest in Dhading. The cost is estimated to be USD 2,000 per house. UMN will also empower the local people by helping them regain their livelihoods. This includes distributing seed, tools, and livestock. They also intend to turn temporary learning centers into permanent ones so that children can continue their education, pending approval from government entities.

UMN and HIMS, are currently providing mason trainings so that men can learn to construct more earthquake resilient homes.

Tarlama Tamang, who has completed the mason training, worked as a construction laborer and then as a carpenter before the earthquake. He explained that previously, he and his fellow laborers would follow the house-owner's instructions for building, even if that meant houses were not built well.

"We used to work in a quick way. We never worked in a way to build a strong house. We had to earn money, so why not make it faster so that we could earn more?" Tamang said.

Though not all the villagers can afford the materials used in mason trainings, they are still able to apply the techniques they learn to strengthen their homes. In the village of Tawal, many villagers are using rubble and salvaged material to reconstruct their homes, but making use of new knowledge.

Shree Bahadur Tamang, a teacher who is currently rebuilding his home with the help of family and other community members, said that the training taught them to overlap bricks to make sturdier buildings.

"I believe our home is stronger," he said, adding, "They [UMN] have been supporting us from before, they will continue to support us here."

The DDRP is a 2.5-year intensive recovery initiative and UMN intends to revert back to its usual community development program once the DDRP finishes.

"Without supporting partners, we couldn't do anything," said Peter Lockwood, the program's management adviser. "The prayer support has been brilliant, and also the financial support has been extremely generous. Without those two elements, then whatever plans we had in the past, or going into the future, just wouldn't happen."

Rebuilding and strengthening also happen beyond the physical and tangible.

"SIM is partnering with UMN not only to help people rebuild their homes and their lives - that's only part of it," Jens said. "I hope that those who are Christian will deepen their faith in Him, and that those who are not will find hope in God."

In both the midst and aftermath of the earthquake, some Christians in Dhading are grateful for life, even if the quake has made living a heavier burden.

"It has been hard. I am feeling weak, this leg does not work," Kumar said. "But I am still saved. It is a gift from God."

Monsoon season begins in June, which puts pressure on villagers to finish rebuilding their homes quickly. Some have decided to stay in their temporary living shelters. According to the Red Cross, an estimated four million people are still living in temporary shelter. Still, many others are pressing forward.

"I remember being in Dhading just a week after the earthquake and people were already going back into their family's houses to salvage whatever tools they could, whatever seeds they could," Lockwood said. "The Nepali people are very tough and resilient." 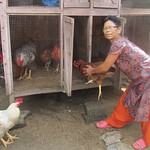 Holistic Development and Treatment for HIV and AIDS

We desire to go where Christ is not known and demonstrate his love in practical ways, serving poor and marginalised communities.

Holistic Development and Treatment for HIV and AIDS

We desire to go where Christ is not known and demonstrate his love in practical ways, serving poor and marginalised communities. 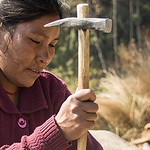 Nepal earthquake recovery: The long road back to normal

Butel was finishing his sermon when he realized the communion elements were missing. 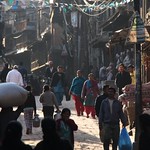 When Pradip* was a young boy growing up in Eastern Nepal, he found a Hindi Bible.

Nepal earthquake recovery: The long road back to normal

Butel was finishing his sermon when he realized the communion elements were missing.

When Pradip* was a young boy growing up in Eastern Nepal, he found a Hindi Bible.