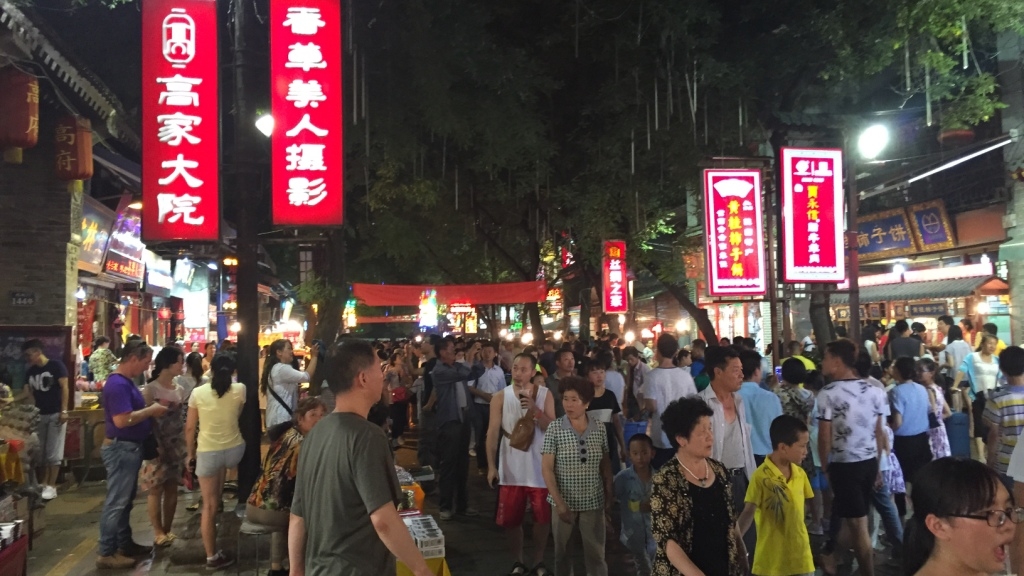 Rachel clicks a button to advance the slide. She's at the front of a makeshift class in a strip mall with eight students looking up at her. This is her second month in China of a six-month SIM internship. The students - all studying at a local university - have come to her 12-week class to improve their English. Rachel is here for a different reason.

"It doesn't take a lot it's just a simple faith that God was with me," Rachel said of her time in China. "I was going to pray and rest upon God's grace that He would speak through me in my everyday life."

The learning curve had been steep for Rachel. New sights, food, language, culture. A multi-cultural team to navigate and insights into her own cultural background as a Chinese-American had all surfaced.

Tasked with an assignment to teach a course to 18-24 year olds during her internship, Rachel wanted to present something meaningful.

"University is their first time of having freedom," Rachel said. "They were still trying to figure out life. Most had no idea what life was like after graduation. They thought if they scored well on exams they will get a good job, maybe get married and be comfortable career-wise."

Rachel's 12-week class was about "Living a life of significance." Each week they explored what it means to find fulfillment and considered the broader meaning of life. They looked at issues such as faith, suffering and helping others. God often came up in their conversations.

"I tried to get them to think about things that are genuinely important and then point them to why they're important," Rachel said. "I thought it might be too philosophical for them. I didn't know if it was impacting them, but found out later they were really thinking about the things we talked about.

"I don't think they had people to talk to about these things. It seemed like most people would just tell them what to do with their lives."

One student in particular took to heart the things from class. Jenny admits she first came to the sessions because she had nothing else to do. But by the end she was one of the most engaged students, asking questions and reflecting. By the end she had changed her university major and knew which direction she wanted to go in life.

Even so, with just a few months in the country, it was hard for Rachel to gauge her impact.

"Everyone has a role to play," Rachel said. "I was worried that maybe in six months I couldn't accomplish that much, but I think that humbled me. I remembered that God is doing so much more already and will do so much more after I leave. I'm glad I could play a part in these people's lives for a short time. I think that's what God wanted for me."

It's not necessarily about preaching or dramatic conversions, Rachel says.

"It's simply living our lives openly and inviting people to be a part of it. Through this I learned what it means to be a light."

Rachel has returned to the US now, and emphasizes that no special abilities are necessary when it comes to overseas ministry.

"Any skill will do," she said. "People really have to come as they are when working in China. That's going to be enough." Though her internship is over, the lessons of China remain with her as she returned home. Even though her environment is back to normal, her perspective is not.

"God was so faithful and equipped me when I felt weak in China," Rachel said. "Coming back here it's all comfortable and familiar and I feel less of an urge to pray for things because I think I have it handled. But I should have the same missional mindset all the time. Why can't I expect the same opportunities here?

"Not everyone will go overseas but what I want to see in myself and my church here is this feeling that 'I'm not overseas but I'm still God's ambassador. The things God has given me to work with, how can I be a good steward. Not separating out the sacred and secular and praying that the opportunities to share my faith would come.'" 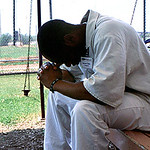 Inmates take part in the Great Commission by donating from what they have.

Inmates take part in the Great Commission by donating from what they have.