Our vision is to see communities transformed by the gospel and empowered in society.

Our vision is to see communities transformed by the gospel and empowered in society. 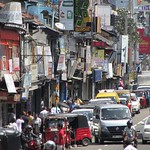 Our focus is to plant churches among the urban poor in Colombo, especially amongst the Tamil-speaking people 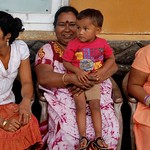 The aim is to teach and develop a diploma and master’s-level counseling programme at Colombo Theological Seminary (CTS).

Communities where Christ is least known

Buddhists make up for 70.19% of Sri Lanka's population. While official Buddhism espouses a form of pacifism and tranquillity, there is a minority who are radical, ultra-nationalistic, and violent. As a result, religious disharmony and tension among the ethnic and religious minorities, especially Christians and Muslims, is on the rise in "paradise island." Freedom of religion or belief is a fundamental right guaranteed by the constitution of Sri Lanka. The Church is concerned about protests against minority places of worship that continue to occur. In addition to the attacks, intimidation, and protests, legal restrictions are imposed on Christian places of worship. In an attempt to encourage reconciliation and healing after the thirty-year war, the government has committed itself to guarantee transitional justice. It is vital for the government to arrest the current situation and effectively address attacks on religious minorities, in order to ensure the integrity of its reconciliation efforts.

In the light of statements made by the State, claiming improved human rights standards in the country, the National Christian Evangelical Alliance of Sri Lanka has called on the government to take effective measures to prosecute wrongdoers and defend the freedom of religion or belief in Sri Lanka.

Pray for radical Buddhists to hear the gospel of Jesus Christ.

Pray for some of these radical Buddhists to become radical followers of Jesus, like Paul the persecutor.

Pray for the radical Buddhists to turn away from their vain thinking and destructive ways.

Pray for the government to enact laws to protect the rights of all.

Pray for more missionaries to join our team to help make disciples in Sri Lanka.

Pray for the urgent need of two counsellor-teachers to further develop the seminary program.