10 Pictures to help you understand ministry in Asia 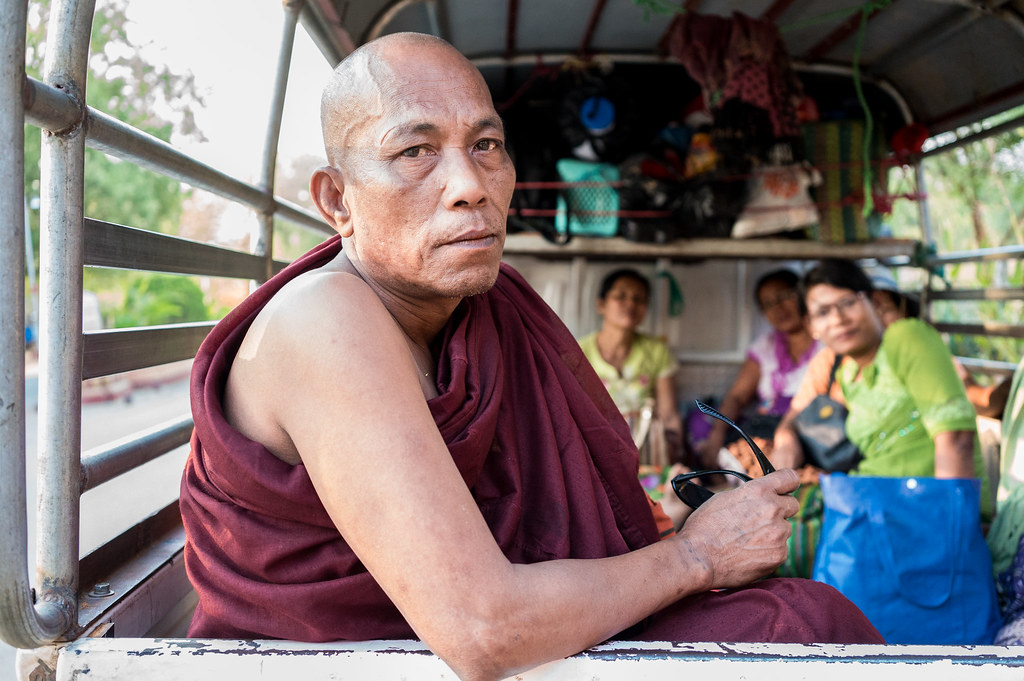 While in some parts of the world, Buddhism is seen as a peaceful, almost a-religious philosophy of life, for Thai, Burmese and many Chinese people this ancient religion is a deeply spiritual part of their identity. Even for the millions who are scarcely religious themselves, changing allegiance to a "foreigner's religion" like Christianity can be seen as a betrayal of the larger community. For those who do become Christian, it's hard to reconcile what it means to be Thai and Christian, or Burmese and Christian, because there are so few examples, and they are often without Christian community. Watch the true story of one former Buddhist who began to question his inherited religious identity.

In many parts of Asia, foreign gospel workers have to maintain a discreet and anonymous profile. While cross-cultural Christian mission workers try to operate within the bounds of the laws of the countries in which they live, their presence alone can place local Christians at risk of investigation or imprisonment by governments hostile to the spread of religion. However, in many areas, whole communities of people would have no opportunity to be introduced to Jesus without contact to foreign Christian workers. Two such workers with SIM in Central Asia pose for an anonymous portrait that won't put them at risk of scrutiny online.  Read about one SIM worker living and working in a sensitive context.

Christianity in Asia doesn't look the same as it does in other parts of the world. Even while many Asians still associate Christianity with Western culture and values, Asian Christians are creating sacred music, art, ritual and theology that reflects their unique ways of seeing the world. This scene from the life of Jesus was painted in a classical Indian style and projected on to screens in villages all over the country. After falling into disuse these uniquely Indian expressions of Christian faith were lost for decades until a retired missionary pulled them from a forgotten storage closet.

In Asia, bringing good news to the poor and release for the captives is often more sitting in an office than roaming the streets looking for the lost. Here a JVI staff member in India makes the 500 or so copies of legal paperwork that will be needed for the rescue of bond slaves. Human slavery of various kinds is still a huge problem in many parts of Asia and the task of freeing slaves and helping them remain free involves overwhelming amounts of paperwork. Read more here.

In some East and South East Asian countries, large Islamic communities exist within majority cultures that are often dramatically different. This Muslim woman looks, dresses, speaks, eats and lives very differently from the majority East Asian population among whom she lives. So much so that outsiders living in or visiting this area often feel as though two countries are squished on top of each other. When there is co-habitation but not integration, tensions can run high. Christian cross-cultural workers in places like this must not only learn two or more new languages and adapt to two cultures at once but also be constantly sensitive to the delicacies of the situation and their place in it. Read how one team hoping to plant a church in a mixed-culture context.

Very traditional gender roles still dominate many Asian cultures. This woman is serving tea and refreshments to her husband and his male guests. She won't sit and eat or talk with them but will stay mostly out of sight until the guests have gone. Christian cross-cultural workers from more egalitarian cultures must look for ways to bring independence and dignity into the lives of women without disrespecting their culture or alienating men. This often means huge sacrifices of their own independence for foreign women coming to live and serve in some Asian countries. Female missionaries who live with the same freedom they expected in their home countries may be unable to connect with local women or cause scandal within the communities they serve.  Read about one missionary woman's struggle to live in a patriarchal, Central Asian society.

Native English language is one of the most valuable assets many Christian cross-cultural workers bring with them to Asia. In almost every part of the continent, but especially in countries like Thailand, governments are scrambling to provide competitive English programs in schools and universities that will boost their nations' ability to participate in the global economy. English is also an important way to secure a more stable future for impoverished or disadvantaged children as it opens up many work and study opportunities later in life. Mary Raikes hugs one of the children at Good Kids Preschool where she works as an English teacher. Good Kids provides Christian education for Buddhist families in the village where it is located and Mary's ability to work as a volunteer enables the school to provide lessons with a coveted native-speaking teacher for very little money. Ironically, Mary's English teaching work has required her to become a dedicated student herself - of Thai language. Watch a video about Mary's work at Good Kids Preschool.

Although anti-trafficking rescue work is, perhaps, what most people think of when they think of missions in Asia, few realise the difficulties of helping former victims of slavery rebuild their lives. Without an appealing alternative vocation and lifestyle to turn to, many young men and women rescued from trafficking will eventually return to the relative comfort of the life they know. Here, girls at Beauty for Ashes play games together between their daily sessions of life skills training, vocational skill building and contributing to life in the home.

Sport, especially football (soccer), volleyball and cricket, is proving to be one of the most effective ways to build communities, connect with young people and seed churches in Asia. Here Kim, a Sports Friends trainer in Thailand and throughout South East Asia, poses for a photo with the main tool of his ministry. SIM ministry, Sports Friends trains local christians to coach youth teams in their villages or cities and these teams become the focus for mentoring, friendship and sometimes even community transformation. Read more about Sports Friends.

Business with a missional and community transformation focus (instead of or along with a profit focus) is emerging as a key approach to bringing Good News to many parts of Asia. It offers a path to economic independence for local employees, managers or owners, a non-invasive way of serving communities and a socially constructive platform enabling Christian cross-cultural workers to live out their faith in different parts of the world. Pictured here is Pawn (front) and one of her co-workers in front of the burrito truck she developed in partnership with SIM missionary Lauren Sauder. 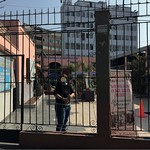