Life on the frontier: SIM's first family in Myanmar 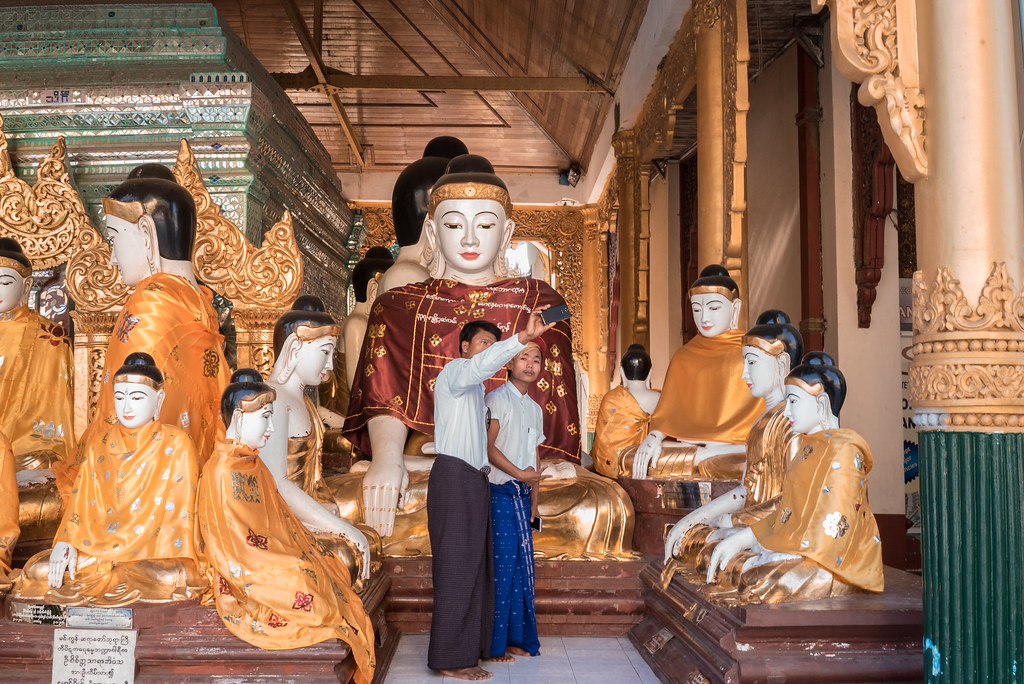 Shwedagon Pagoda, Yangon – Buddhism is part of the cultural heritage of Myanmar. Sandra says, "That’s one thing that has kept us here – we feel that God has called us to be hear to tell people of the living God and Jesus Christ in particular. And most people don’t really even know the name of Jesus. Or if they do, it’s associated with a picture of some blonde man with blue eyes on somebody’s wall, which is not at all the Jesus we serve." - Photo by Denise Poon.

“Things are always changing here. Some of the concerns that we had when we first arrived actually weren’t necessarily concerns anymore,” Tim* says. “That’s actually been a stress – just trying to keep up with what’s changing.”

It’s March, the hottest time of year in Myanmar. The relentless tropical sunlight bears down in Yangon, where Tim and Sandra sit in their home, thankfully with the air conditioning on.

When Tim and Sandra first arrived in Myanmar in 2012, things like SIM cards cost a whopping 300 USD. Today, they are almost literally a dime a dozen – commonplace and no more than a few USD (though Tim and Sandra have hung onto that first one).

But such is life in Myanmar (also known as Burma), previously one of the most closed off nations in the world, shrouded by military rule and decades of ethnic conflict. Tim and Sandra’s first visit in 2010 to see if they wanted to move with their young boys to Myanmar was just months before the general election that led to the dissolution of the military government and the gradual opening of the country – trade and economic sanctions eased and political prisoners (most notably, Aung San Suu Kyi) were released.

Since then, Myanmar has been in flux, with shifting political landscapes, economic development, and the ongoing inter-ethnic group strife. Whether foreigner or local, everyone is trying to figure out what life looks like and what it means to live in Myanmar, now open to the world. Foreign investors, eyeing the untapped economic opportunity of the nation, have dubbed Myanmar Asia’s “final frontier.”

Life in Myanmar: excerpts from a conversation from SIM Stories on Vimeo.

“It is a pioneering field so there’s not a lot of examples to follow. Or good models or even somebody who you think, ‘Oh, that’s how you did it. I can do that but maybe just a little bit differently,’” says Sandra of the learning curve. “For ourselves, as well as other Christian workers that have been here fourteen, fifteen years that we look up to, we all are sort of finding our way in the dark.”

And so, they are faced with many questions with very few answers: what does it look like to plant a church and share the Gospel in Myanmar, where Christianity is rare? Most of the Christianity that does exist is concentrated within the minority ethnic groups – the Karen, the Kachin, the Chin – but Tim and Sandra have a heart to share the Gospel with the majority people group, the Bamar.

“I think the few Bamar people who’ve come to know the Lord – which seem to be one person here, one person there – really find it difficult to know what it means to be Bamar and a Christian,” says Sandra. “Our desire – obviously we don’t have control of this – is to see groups of people come to know and worship the Lord. From their hearts and not see it as something foreign.”

The Bamar live in the central parts of Myanmar, and it’s difficult for foreigners to live outside the capital city of Yangon. Language learning – to the Western eye, Burmese looks like a lot of swirls and loops – is slow-going. Maintaining life – everything from keeping house and getting around Yangon, all in the heat – is draining as well. And, as Tim said, things are constantly changing, and that is wearying, especially for foreigners.

“When we first came there was a sense that it’s new, there are possibilities, there’s room for change. There’s room for innovation. As time has gone by I think we’ve sensed there’s a lot of…well life is tricky and complicated in Myanmar, period,” Sandra says of tempering their expectations. “SIM is learning how to be in Myanmar. And we’re learning how to live in Myanmar. There’s a lot to be seen in the future for how it will unfold.”

“We started crying, actually, because we felt this love and burden for Myanmar, but we knew it’s going to be a very long haul,” Tim says of how they felt after their exploratory trip in 2010.

Even on that trip though, they saw God opening doors for them, from being able to obtain a visa to visit (just months before the 2010 election, when everyone in Burma was unsure of what might happen), to SIM being willing to move into this new field, to providing them teammates on the ground who have bolstered and upheld them. His provision, thankfully, is something that will not change.

SIM is committed to building a multicultural, multi-ethnic, multi-skilled in Myanmar. If you have a desire to be a part of a team that is building its ministries from the ground up in Myanmar, please get in touch.