From player to coach 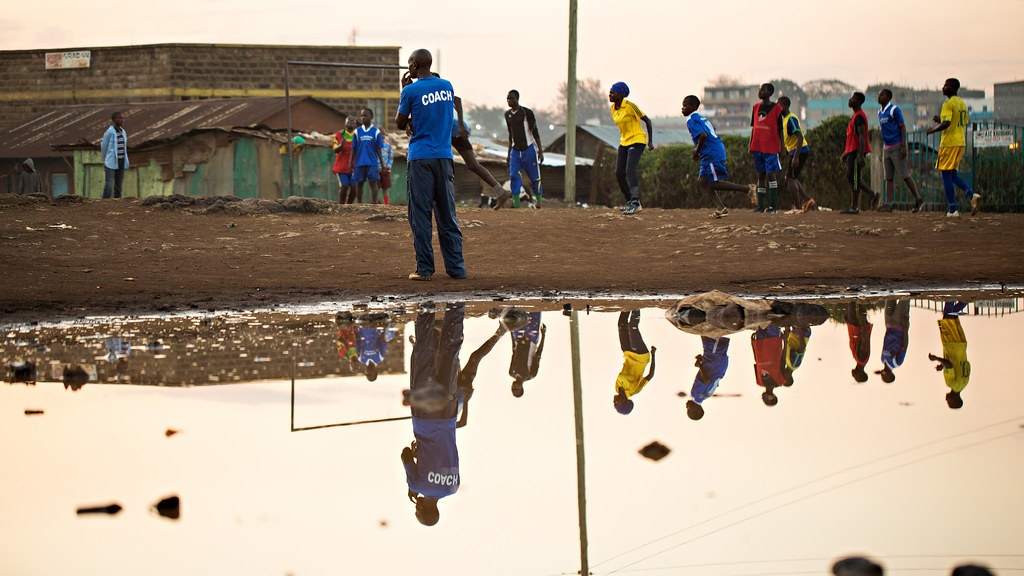 Samuel came to faith through the help of a Sports Friends coach, now he himself is a coach.

In Nigeria, young people face incredible barriers. The economic, political, religious, and tribal divisions within the nation threaten their identity as young men and women made in the image of God, who are born to bring refreshment and renewal to their land. Opportunity is often severely limited, and oppressive poverty continually lies to them about their value and potential… and about hope.

About ten years ago, a young boy named Samuel* began participating on a Sports Friends soccer team in Nigeria. When he was only 10 or 11 years old, his father passed away. Samuel had to take up various menial jobs to help care for his family, and was unable to go to school. His soccer coach, Moses, became like a father to him and often visited him at his work and at his home.

One day, Samuel came to Coach Moses with a deep need: he was struggling with his sinfulness. He had questions about his purpose in life and eternal fate. Because of his solid relationship with his coach, he came to Moses first in his search for understanding and direction. He opened up about his struggles, and prayed to give his life to Christ. After this, he began to grow in Christ, as well as grow up! He discovered that even after the loss of an earthly father, his Heavenly Father had never lost sight of him.

Today, Samuel is 20 years old, and has completed the Sports Friends Basic Training to become a soccer coach himself! He leads his own team of young people in Nigeria, returning on Coach Moses’s investment in him over many years. His hope in Jesus Christ overflows to the young people on his team as he shares his own personal story of redemption.

Would you consider making a gift to train more new coaches like Moses and Samuel who can pour their lives into the young people in their communities? Just $75 would train one new coach as an agent of God’s love and hope, or $3,750 would sponsor a training for 50 new coaches. We have thousands of new coaches waiting to be trained. Will you help us equip and send them? Give now: www.sports-friends.org/give

“You then, my son, be strong in the grace that is in Christ Jesus. And the things you have heard me say in the presence of many witnesses entrust to reliable people who will also be qualified to teach others.” 2 Timothy 2: 1-2

You can view a video about Sports Friends here

-For Samuel as he grows in his faith

-For SIM and Sports Friends mission workers who are serving in Nigeria, that they would persist in sharing the gospel

This was posted on 25 November 2019 on sports-friends.org